Any North Korea Nuclear Test Would Be "Very Provocative", US Warns

The United States has further sanctions it could adopt against North Korea, U.S. Treasury Secretary Janet Yellen told Reuters on Monday, adding that any nuclear test 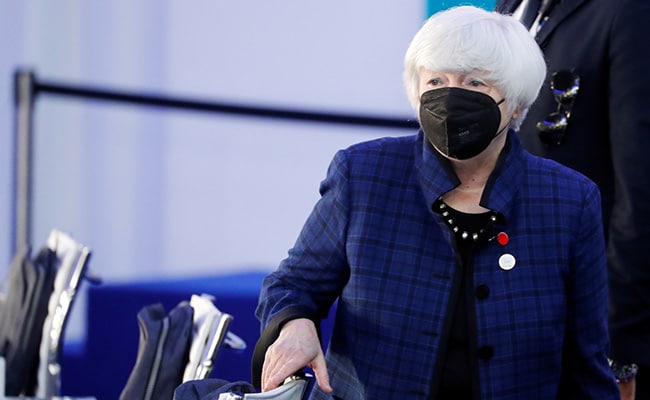 The United States has further sanctions it could adopt against North Korea, U.S. Treasury Secretary Janet Yellen told Reuters on Monday, adding that any nuclear test by Pyongyang would be seen as very provocative.

Concern is growing that North Korea could be preparing to test a nuclear weapon for the first time since 2017 following a record number of missile tests this year, including that of its largest intercontinental ballistic missile.

Yellen declined to give specifics of what further sanctions Washington could impose on North Korea, or when, but said there were options for doing so.

The U.S. Treasury generally will not discuss sanctions it could put in place before any announcement, Yellen said in an interview on her military aircraft en route to Seoul, the South Korean capital.

But she said more potential sanctions were available to increase pressure on Pyongyang to abandon its nuclear program, and such measures would probably be discussed during her meetings on Tuesday with senior South Korean officials in Seoul.

Washington would view any nuclear test as very provocative, she said.

Yellen will meet South Korean President Yoon Suk-yeol, Deputy Prime Minister Choo Kyung-ho, and other senior officials as she wraps up her first visit as secretary to the Indo-Pacific region, the Treasury said.

She visited Japan last week before traveling to the Indonesian island of Bali for a meeting with finance officials from the Group of 20 major economies.

Joe Biden's Foreign Policy Earns Higher Score In Europe Than In US: Report