White "is on a Swiss plane that just left Iranian Airspace. We expect him to be home with his family in America very soon," Trump wrote on Twitter. 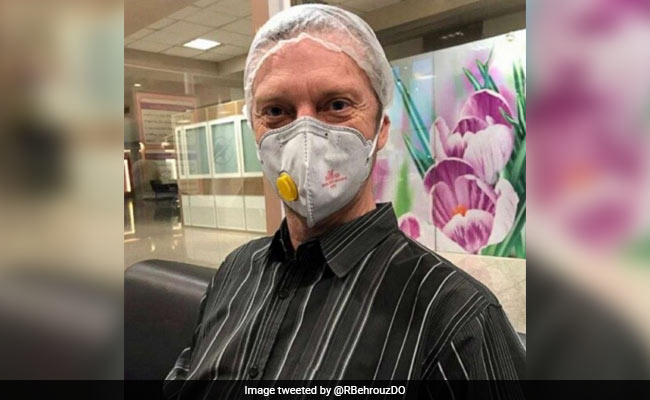 Michael White has been freed and left Iran nearly two years after his arrest.

A US Navy veteran detained in Iran for nearly two years flew out on Thursday, a day after an Iranian scientist held by US authorities returned home.

"I am blessed to announce that the nightmare is over, and my son is safely on his way home," Michael White's mother, Joanne White, said in a statement.

White had tested positive for COVID-19 and received treatment in Iran, said Bill Richardson, a former US ambassador who said he met senior Iranian officials to win his release.

Both Iran and President Donald Trump's administration has insisted that there was no swap involving Cyrus Asgari, an Iranian scientist acquitted by a US court who returned to Tehran on Wednesday.

Trump hailed White's release and said he was returning home on an airplane sent by Switzerland, which represents US interests in Iran in the absence of diplomatic relations.

"I will never stop working to secure the release of all Americans held hostage overseas! Thank you Switzerland for your great assistance," Trump wrote on Twitter.

White, who had served 13 years in the US Navy, was arrested in July 2018 in the northeastern city of Mashhad after visiting a woman whom he had reportedly met online.

He was sentenced the following year to at least 10 years in prison on charges that he insulted Iran's Supreme Leader Ayatollah Ali Khamenei and posted anti-regime remarks on social media under a pseudonym.

In March, as Iran was being hit hard by the coronavirus pandemic, White was handed over to Swiss custody and flown to Tehran but told not to leave the country.

Richardson said White, who is in his 40s and had pre-existing medical conditions, was admitted to a hospital for treatment but otherwise stayed at a hotel in Tehran.

In her statement, Joanne White gave few details on how the release transpired but thanked both the US and Swiss governments as well as Richardson.

The Trump administration, which has been pushing a "maximum pressure" campaign on Iran that includes sweeping sanctions, in the past has resented initiatives by Richardson, a former Democratic governor and presidential candidate.

Richardson in a statement said he had met with senior Iranian officials including Foreign Minister Mohammad Javad Zarif to win White's release, explaining that his approach relies on "personal relations and respect."

"The negotiations were complicated, especially given the high tensions and exchange of violence between the US and Iran in recent months," said Richardson, who added that Qatar -- a US ally that maintains stable relations with Iran -- also provided assistance.

Asgari, a scientist at Tehran's Sharif University of Technology, returned on Wednesday, four years after he was arrested on an academic visit to Ohio.

US prosecutors charged him with stealing state secrets but he was acquitted last year. He was then handed over to US Immigration and Customs Enforcement.

In March, Asgari told The Guardian he was being held in an immigration lockup in Louisiana without basic sanitation and that the United States was refusing to let him return home despite his exoneration.

Ken Cuccinelli, the acting deputy secretary of homeland security known for his hawkish views on immigration, insisted that the United States had been "trying to deport" Asgari but had been stalled by the Iranian government.