Man Took Date To Park Where He Was Once Gored By Bison. It Was A Bad Idea

Kyler Bourgeous thought he was ready to return to Utah's Antelope Island State Park. On Friday evening, he headed there with a date. 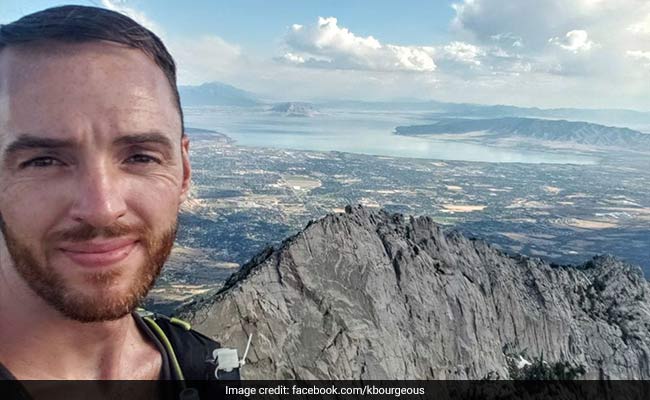 Kyler Bourgeous's date was also attacked by a bison and had to be airlifted to hospital.

After recovering from a cracked rib and collapsed lung, Kyler Bourgeous thought he was ready to return to Utah's Antelope Island State Park, where he was gored by a bison during a June trail run. So he headed there with a date on Friday evening, figuring that they could watch the sunset together. After all, what were the chances that the bison would charge again?

The next thing he knew, his date, Kayleigh Davis, was being airlifted to the hospital, the victim of the park's second reported bison attack this year.

"I thought my situation was just a freak accident," Bourgeous told The Washington Post on Monday night. "But apparently, they're a lot more aggressive than I ever thought."

Statistically speaking, bison attacks are a relatively rare occurrence on Antelope Island, a 42-square-mile preserve in the Great Salt Lake that is one of Utah's most popular parks and also home to hundreds of free-range bison.

Making the coincidence even more bizarre, neither Davis, 22, nor Bourgeous, 30, made the mistake of trying to pet a bison or approach one for a selfie, as visitors to Yellowstone National Park have been known to do. Both were gored while doing what experts recommend - trying to get out of the bison's way - and Lt. Eric Stucki with Utah State Parks told the Associated Press that there wasn't any indication that either "did anything out of the ordinary" to antagonize the large mammals.

"There's a fair number of people that assume by association that this was somehow my fault, because I was there when it happened again," Bourgeous told The Post. "I would never intentionally approach a bison."

An avid cyclist and trail runner who grew up in nearby Syracuse, Utah, Bourgeous has been visiting Antelope Island State Park his entire life, logging thousands of miles on its breathtakingly scenic trails. Before his accident, he often went there four or five times a week. He's used to keeping his distance from the bison, mule deer, pronghorns and bighorn sheep that call the park home.

On June 1, Bourgeous set out to climb the trail that leads to the highest point in the park, something that he estimates he has done more than 150 times before. This time, though, he approached the summit only to discover that two adult bison were waiting on the opposite side of the ridge. As soon as he saw them, he rushed to get out of their sight. But it was too late. One of the huge, shaggy beasts, which can run at up to 35 mph, was charging him.

One of the animals collided with him, ramming its horns into his hip and armpit and sending him flying. When Bourgeous crashed to the ground, the bison trampled him with its hoofs, then lingered nearby to see if he would budge again. "It's just hovering there, waiting for you to move, and it will finish you off if you do," he recalled.

Fortunately, people who were perched on nearby rocks had witnessed the attack, and Bourgeous was able to call to them and ask for a rescue helicopter. He told The Post on Monday that he got lucky - the bison didn't hit any arteries, so he didn't have major blood loss, and after a few days in the hospital, the doctors determined that his collapsed lung seemed to be holding up just fine. Endurance sports had given him a high tolerance for pain, so 11 days after getting gored, he went hiking.

"I wanted to get back out there," he explained. "I get antsy if I'm not hiking or something."

Still, it took several months before Bourgeous was able to work his way up to going for long trail runs and hikes at Antelope Island State Park again. When he returned for the first time, a week before his date with Davis, he brought mace and holstered it to his chest as a precaution. Despite his terrifying encounter with the bison, he still felt drawn toward the park's natural splendor. Even with the sprawl of Salt Lake City about 60 miles away, it was still possible to see the Milky Way at night, and the flatness of the lake meant that it perfectly reflected the sunset.

"I've never seen better sunsets anywhere," he told The Post. "It's just such a great place."

While recovering from the bison attack, Bourgeous connected with Davis online, and the two bonded over their shared love of the outdoors. Ironically, Bourgeous recalls, Davis broke the ice by asking him about being attacked by a bison. Later, Davis would tell KSTU that what Bourgeous told her had echoed in her head after the animal charged at her: "Stay still, so it doesn't come after you again."

The two had gone on several dates before Friday, when Bourgeous asked if she wanted to watch the sunset from Antelope Island. As it turned out, Davis was already headed there: She was training for a half-marathon, and wanted to get a run in. They picked a trail with a good view of the lake, and Bourgeous gave her a head start so that he could put on bug spray. He was about a quarter-mile from catching up when a group of Boy Scouts passed on bicycles. Moments later, the Scouts came rushing back, and told him that a woman had just been gored by a bison.

"I swore a bit, because I was in disbelief," Bourgeous said.

Davis told KSL-TV that as soon as she spotted the bison, she turned and hopped off the trail to give the animal space. Then, the Boy Scouts rode by. While it's not clear what angered the bison, Davis told the station that she thought the bicycles could have "spooked him." The enormous animal turned on her and charged, throwing her about 15 feet in the air. Although in enormous pain, she tried not to move or make any noise once she hit the ground.

"He was hanging over me, sniffing me for a minute, and he was digging like he was about to charge again," Davis told KSL-TV.

When Bourgeous found her, Davis was bleeding from her left thigh, where the bison had gored her. She had also broken her right ankle, dashing her plans to run in a spring half-marathon. Bourgeous said he couldn't help but feel guilty. "My heart hurt pretty bad seeing that," he told The Post.

Although it would be hard to think of a more disastrous ending for a date than getting carried away in a medical helicopter, the pair's budding relationship doesn't seem to have suffered so far, and Bourgeous made repeated trips to see Davis in the hospital before she was released on Monday. Now that she's getting around with crutches and a walker, he said, they plan to hang out again.

What he's not sure about is if he will ever return to the Antelope Island State Park.

"I generally am not superstitious, but I have this weird feeling that the bison there really don't like me," he said.