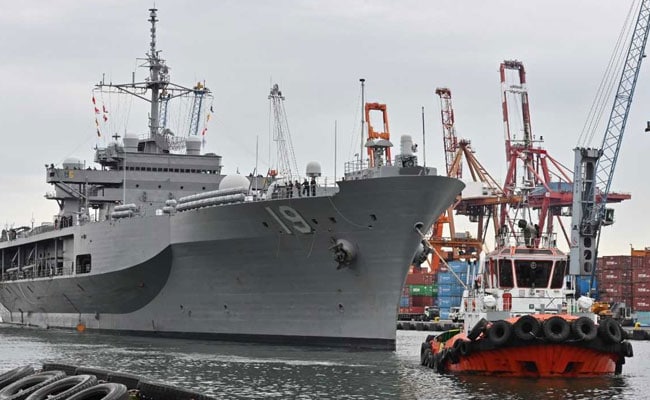 The USS Blue Ridge, the Seventh Fleet's flagship, will lead the operation from the US side.

The United States, Japan, South Korea and Australia have kicked off "first-of-its-kind" naval drills near Guam, the US Navy said Thursday, amid mounting tensions with China and North Korea. The "Pacific Vanguard" drill brings together more than 3,000 sailors from the four countries to "sharpen skills and strengthen practical cooperation at sea," the US Seventh Fleet said in a statement.

The drills will focus on "live fire exercises, defensive counter-air operations, anti-submarine warfare, and replenishment at sea," added the statement.

Australia has contributed two frigates to the exercise, Japan two destroyers and South Korea one destroyer. The USS Blue Ridge, the Seventh Fleet's flagship, will lead the operation from the US side.

With trade tensions growing between Washington and Beijing, China earlier this week denounced a US warship sail-by near disputed islands in the South China Sea.

And Guam, home to more than 160,000 people, was at the centre of nuclear tensions between Washington and Pyongyang in 2017, with North Korea threatening to hit the US territory with "enveloping fire".

(This story has not been edited by NDTV staff and is auto-generated from a syndicated feed.)
Comments
WorldUnited States of AmericaJapan