'China Won't Care About Their Ties With US...': Chinese Media On Quad 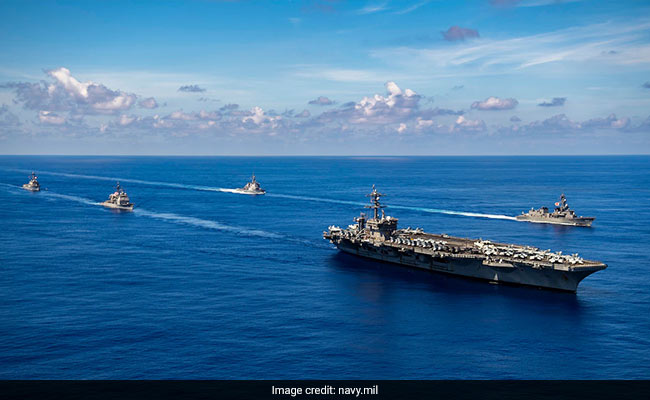 An editorial in Chinese state media has accused the US of working to contain China's rise and warned the Quad nations that it "would not hesitate to punish them" if they "followed the US too far in confronting China".

The editorial in the Chinese Communist Party-backed Global Times comes on a day when Prime Minister Narendra Modi is scheduled to hold a bilateral with US President Joe Biden and attend the first in-person meeting of the Quad member states - the US, Australia, India and Japan.

"The US intends to turn the Quad and AUKUS into sinister gangs containing China," the Global Times editorial said. "On one hand, it stubbornly strengthens to deepen the anti-China cooperation of the Quad mechanism. On the other, it will gradually lure other countries in the region to join the gang. We appeal to other regional countries not to be fooled by Washington. They should refuse to be geopolitical pawns of the US against China, or to become cannon fodders of Washington," the editorial said, also referring to AUKUS that was unveiled only last week with the US, the UK and Australia as members.

For Washington, the Quad meeting marks another step to reviving a US focus on diplomatic efforts, following its dramatic exit from the 20-year Afghanistan war. US officials are keen to stress there is no military component to the Quad. They also say it is not meant to rival or undermine the preeminent regional grouping ASEAN, which includes China.

"This is not a military alliance. It's an informal grouping of democratic states. I think concerns have been dispelled and I believe at a general level this initiative is welcome across the region," a senior US administration official, who asked not to be named, told news agency AFP.

In the editorial, the Chinese state media asked Japan, India and Australia "not to follow the US too far in confronting China. Once they step on the red line of China's core interests, China will not care about their relations with the US, and China will not hesitate to punish them."

However, competition with China is at least as strong outside the military domain, including in the effort to supply poorer countries with COVID-19 vaccines -- where the US is by far the world's top donor -- and in stimulating pandemic-battered economies.

Among the "substantial engagements" expected at the talks, the Quad will make announcements on its vaccine delivery plans, the US administration official said.