US House Imposes Conditions For Defence Funding To Pakistan

The conditions are related to Pakistan's support to terrorists and terror outfits, about which several top US officials and lawmakers have repeatedly expressed concern about in the past. 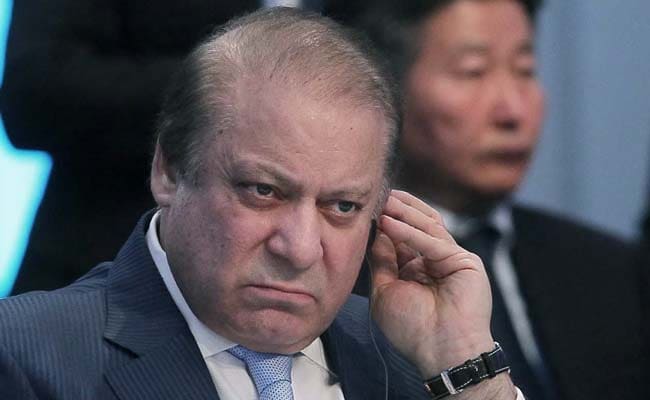 Washington: The US House of Representatives has voted for three legislative amendments to impose tougher conditions for reimbursement of defence funding to Pakistan, making it conditional to Islamabad showing satisfactory progress in the fight against terrorism.

The conditions are related to Pakistan's support to terrorists and terror outfits, about which several top US officials and lawmakers have repeatedly expressed concern about in the past.

All the three legislative amendments to the USD 651 billion National Defence Authorisation Act (NDAA) 2018 were adopted by a voice vote by the lower house of the Congress yesterday.

NDAA-2018, which authorises the annual defence expenses for the fiscal year beginning October 1, 2017 was adopted by the House 344-81.

The bill, as passed by the House requires the Secretary of Defence to certify, prior to making any reimbursement to Pakistan, that Islamabad is maintaining security along the Ground Lines of Communication through Pakistan, taking demonstrable steps to support counterterrorism operations, disrupting cross border attacks, and countering the threat of improvised explosive devices.

It also specifies that of the total amount of reimbursement and support authorised for Pakistan during the period beginning on October 1, 2017, and ending on December 31, 2018-- USD 400 million-- would not be eligible for a national security waiver unless the Secretary of Defence certifies that Pakistan continues to conduct military operations against the Haqqani Network in North Waziristan.

The Defence Secretary also needs to certify that Pakistan is demonstrating commitment to preventing the Haqqani network from using North Waziristan as a safe haven, and is actively coordinating with the Government of Afghanistan to restrict the movement of militants, including the Haqqani Network, along the Pak-Afghan border.

Two of these amendments were moved by Congressman Dana Rohrabacher and one by Ted Poe.

"Today, Congress took a step forward to end Pakistan's betrayal of the US with the addition of an additional certification requirement," said Mr Poe, a Member of the Foreign Affairs Committee and Chairman of Subcommittee on Terrorism, Nonproliferation & Trade.

One of Poe's amendment, as passed by the House proposes to withhold reimbursement funding for Pakistan unless the Secretary of Defence can certify that Pakistan is not providing military, financial, or logistical support to any individuals designated by the US as a terrorist operating in Pakistan or Afghanistan.

NDAA, as passed by the House, now requires that the Pentagon assess Pakistan's support for known terrorists before handing over US dollars to Islamabad, Mr Poe said.

"Making excess military equipment available to federal, state, and law enforcement agencies along our southern border will provide much-needed support and reinforcements to the men and women who are our first line of defence," he said.

"It is well known that Pakistan is a Benedict Arnold ally who supports multiple terrorist organisations, including groups that target Americans working to stabilise Afghanistan.

"But current limitations on military reimbursement funding to Pakistan only apply to one terrorist group: the Haqqani Network," Poe said in a statement.

The legislative amendment moved by Mr Rohrabacher adds a stipulation requiring that, prior to the disbursement of certain funds, the Secretary of Defence certify to Congress that Pakistan is not using its military or any funds or equipment provided by the US to persecute minority groups seeking political or religious freedom.

Another Rohrabacher amendment expresses a sense of Congress that Shakil Afridi is an international hero and that the Government of Pakistan should release him immediately from prison.

"Dr Shakil Afridi, a Pakistani physician, is a hero to whom the people of the United States, Pakistan and the world owe a debt of gratitude for his help in finally locating Osama bin Laden before 10 more innocent American, Pakistani and other lives were lost to this terrorist leader," the amendment said.

Pakistan's imprisonment of Afridi presents a serious and growing impediment to the United States' bilateral relations with Pakistan, said the amendment as passed by the House of Representatives.
Comments
US HousePakistan fundingdefence funding to Pakistan