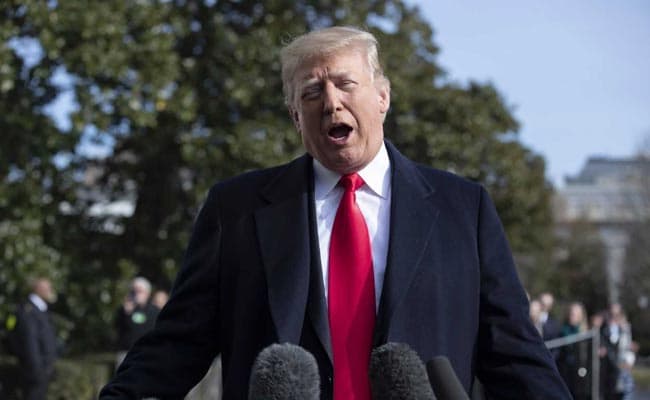 The United States has granted Iraq a 90-day extension to an exemption from reimposed sanctions on Iran to keep on importing energy, a government source said today.

US President Donald Trump reimposed crippling unilateral sanctions on Iran's energy and finance sectors on November 5 following his May decision to abandon a landmark 2015 nuclear deal between major powers and Tehran.

But he gave Iraq a 45-day waiver to continue buying electricity and natural gas to generate it from its eastern neighbour.

Iraq was expected to use that time to submit a plan on how it would wean itself off Iranian supplies.

In the days leading up to the deadline Thursday, Prime Minister Adel Abdel Mahdi said a delegation of Iraqi officials would travel to Washington to discuss sanctions.

And today, a government source involved in the talks, told ews agency AFP the delegation had secured a 90-day extension so Iraq could keep buying both Iranian electricity and gas.

Asked whether the US had pressured the Iraqi delegation to partner with US companies to fill the eventual gap, the source said the issue was part of "complicated discussions".

Iraq faces a chronic power shortage that often leave homes without mains electricity for as much 20 hours a day and was a key driving factor behind mass protests this summer.

To cope with the shortages, Iraq pipes in up to 28 million cubic metres of Iranian gas a day for power generation and also directly imports up to 1,300 megawatts of Iranian electricity.

That dependence is uncomfortable for Washington, which sees Tehran as its top regional foe.

Last week, US Energy Secretary Rick Perry discussed sanctions with Iraq's ministers of oil and electricity in Baghdad, and said Iraq should partner with US companies to become energy independent.

"Working together, the US and Iraq can develop Iraq's oil, gas and water industries," Perry said.

Iraq's electricity ministry said it could stop relying on Iranian electricity within two years, but that halting gas imports would be much more difficult.

One solution would be developing Iraq's ability to capture gas flares, the gas set alight during oil extraction.

The World Bank estimates that wasted flares represent an annual loss of about $2.5 billion enough to fill the gap in Iraq's gas-based power generation.

A second source with close knowledge of the negotiations told news agency  AFP Washington was trying to convince Iraq to partner with American firms General Electric, Baker Hughes and Orion to capture flares.

"The US tells Iraqi officials it's a win-win-win: they stop relying on Iran, they capture their own gas and they benefit US companies in the process," the source said.

Neither Iraq's electricity ministry nor the US embassy in Baghdad responded to news agency AFP requests for comment.

Russia, Ukraine Freed Over 50 Prisoners In Latest War Exchange Round