"Too Much Ganga": US Envoy To Jamaica Fights With Critics On Twitter

The exchanges happened after Ambassador Donald Tapia posted interview links, in which he warned the Jamaican government against installing fifth-generation mobile technology made by Chinese firms Huawei. 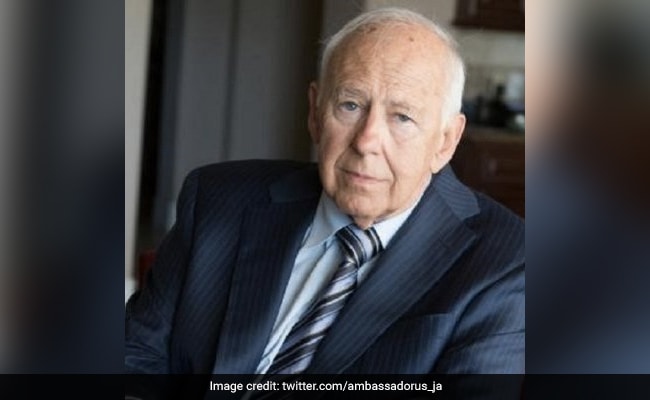 Donald Tapia's posts ignited a backlash from other users who insulted him.

The US ambassador to Jamaica exchanged insults with people on Twitter who accused him of interfering in the country's internal affairs, telling one he used too much marijuana and another that "you drink that cheap stuff."

The exchanges on Tuesday happened after Ambassador Donald Tapia posted links to interviews he gave local media, in which he warned the Jamaican government against installing fifth-generation mobile technology made by Chinese firms Huawei.

Washington says Huawei technology could be used to spy for China and has been dissuading other countries from installing it. Huawei has denied the claim.

The U.S. embassy in Kingston did not immediately respond to requests for comment. The State Department and the office of Jamaican Prime Minister Andrew Holness declined to comment.

The ambassador appeared to have deleted his tweets on Wednesday after Reuters reviewed them.

Tapia, a wealthy Arizona businessman, philanthropist, Republican donor and supporter of President Donald Trump, has been in the post for more than a year. His Twitter account is verified by the social media company.

Tapia's posts ignited a backlash from other users who insulted him, saying his interview comments interfered with Jamaica's internal affairs.

When one user reminded him of a recent New York Times report that Trump maintains an account at a Chinese bank, Tapia responded with "Too much Ganga," a misspelling of the word "ganja," a synonym for marijuana.

Another user accused Tapia of "drinking rum or red bull or your trying to make a joke of me," and Tapia replied: "I don't drink and you are a joke."

When another Twitter user wrote: "I don't drink American made vodka." Tapia responded: "You can't afford it, you drink that cheap stuff."

State Department regulations prohibit the posting of "offensive or harassing language" and "abusive or objectionable language" on social media.

US Envoy To JamaicaTwitterToo much Ganga