There Will Be "Hundreds Of Miles" Of Border Wall By 2020, Says Trump Aide

US Emergency: "You're looking at hundreds of miles," Stephen Miller said. "Probably a couple hundred miles" by September 2020, two months before the election. 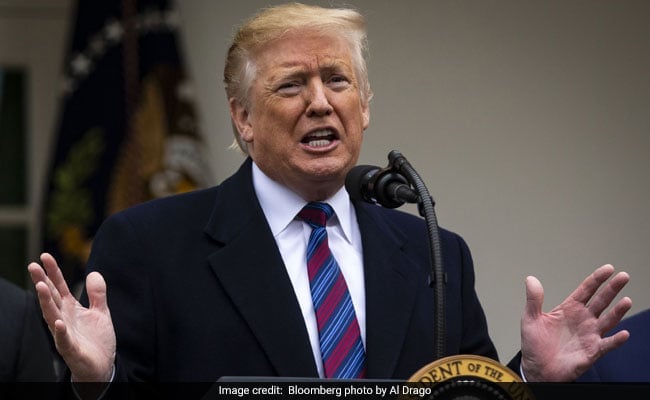 A top adviser to Donald Trump said Sunday that the president's emergency declaration could allow "hundreds of miles" of barriers to be built on the Mexican border before the 2020 election.

"You're looking at hundreds of miles," Stephen Miller said on "Fox News Sunday," "probably a couple hundred miles" by September 2020, two months before the election.

Trump has made clear he plans to exploit the issue in his re-election campaign, even amid sharp criticism from Democrats, rights groups, border-state landowners -- and several prominent Republicans.

The president on Friday invoked a "national emergency" to justify tapping military and other funds for barrier construction, after Congress approved less than a fourth the $5.7 billion he had sought for border security.

"You cannot have uncontrolled, unsecured areas of the border where people can pour in undetected," he said.

But asked to cite an example of a past president invoking an emergency after being denied funds by Congress, Miller could not do so. "If people don't like that, they can address it," he said.

Given the near-certainty of legal challenges and of a possible blocking move in Congress, it is far from clear how quickly barrier construction can advance on the 1,950-mile (3,140-kilometer) border.

Xavier Becerra, the attorney general of California, told ABC his state would be filing a lawsuit against the project "definitely, and imminently."

He said California and other states had legal standing in the case because they risked losing moneys intended for military projects, disaster assistance and other purposes. Several states "will be harmed," he said.

Another Democrat, Senator Tammy Duckworth of Illinois, said she thought Congress could pass a resolution to block Trump's action but might not be able to summon the votes to override a likely Trump veto.

Several Republican senators have decried the emergency declaration, saying it establishes a dangerous precedent and amounts to executive overreach. How they might vote on a resolution is unclear.

But one well-known Republican, former Massachusetts governor William Weld, is even entertaining a 2020 primary challenge to the president.

While his chances would appear slim, he argued Sunday on ABC that Americans cannot afford six more years of a president who "wants to divide the country" and is "reckless" in running up trillion-dollar deficits.

He said the emergency declaration was an example of Trump trying to "make himself seem indispensable," then added, "He's not indispensable at all."

(Except for the headline, this story has not been edited by NDTV staff and is published from a syndicated feed.)
Comments
US EmergencyUS Border WallDonald Trump