We Plan To Decisively Win This Election: Kamala Harris

"Well, first of all, we plan to decisively win this election so I don't, I don't think we're going to need to get to that point," Kamala Harris told reporters 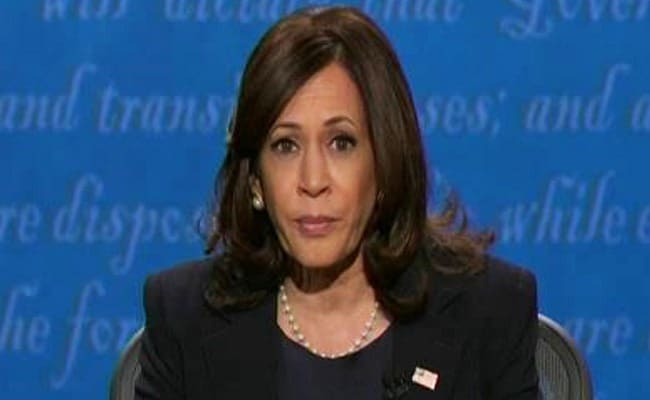 US Polls: Kamala Harris is 1st Indian-origin to be picked by major American political party for top post

Democratic Vice Presidential nominee Kamala Harris has sought a decisive mandate from Americans so that no amount of legal battle can overturn the poll results.

US President Donald Trump on Sunday denied that he is planning to prematurely declare victory after the presidential polls are over on Tuesday, but hinted that he is gearing up for a legal battle in the counting of mail and absentee votes post the election.

He criticised the decision taken by the Supreme Court to allow ballots to be received after Election Day in several battleground states.

"Well, first of all, we plan to decisively win this election so I don't, I don't think we're going to need to get to that point," 56-year-old Harris told reporters during a day of hectic campaigning with stops in this North Carolinian city and in Georgia.

Over the past few days, polls indicate that the November 3 presidential election is getting tighter, even though Democratic presidential candidate Joe Biden continues to maintain substantial lead over Republican incumbent President Donald Trump.

"We have been travelling all over the country and it is because we truly know that the people in these various states have so much at stake in the outcome of the election and they deserve to literally be seen and heard and so we''ve been all over the country, and, and each state is important," Ms Harris said.

"I think it's very important that everyone be able to vote without any hinderance, without any intimidation, without any obstacles," Ms Harris told reporters, a point she emphasised in both her speeches in the two battleground states of Georgia and North Carolina.

There are leaders and groups, she alleged, who are trying to make it difficult and confusing to suggest common people can't trust the process. "In fact, at that first debate, the president of the US took that stage in front of 70 million Americans and openly encouraged a suppression of the vote," she alleged.

Urging her supporters not to let anyone ever take their power from them, she said: "Let us use the power of our strong voices every day in the spirit of John Lewis, in the spirit of the suffragettes, in the spirit of all of the generations of people here and in the future who are counting on us to know what is at stake and to step up and to stand up and to fight for this country we love."

Her rallies have a significant Black population and those from the African American communities.

Born to a Jamaican father and an Indian mother, Ms Harris is the first Indian-origin and first Black woman to be picked by a major American political party for the top post.

Ms Harris was a presidential aspirant until last year before she dropped out of the race because of lack of popular support. She returned to the political limelight after Biden picked her as his running mate.

"Don't let anyone make you feel small. That you are big. You are strong. You have power and at election time, that power will be through your vote and you will tell them when they ask that you elected Joe Biden the president of the United States," she said.

"When we vote, when our parents vote, when our aunties and uncles, our friends, and neighbours vote-we win. Fayetteville, I'm so excited to join you in getting out the vote tonight," Ms Harris said in a tweet before her arrival in this city.