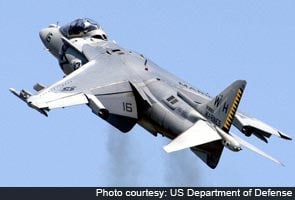 The US 7th Fleet said in a statement yesterday that the two AV-8B Harrier jets launched from an aircraft carrier each jettisoned an inert bomb and an unarmed explosive bomb in the World Heritage-listed marine park off Queensland state on Tuesday.

The navy says the four bombs were dropped in a channel away from coral to minimize possible damage to the reef. None exploded.

Promoted
Listen to the latest songs, only on JioSaavn.com
The jets had intended to drop the ordnances on an island bombing range but aborted the mission when controllers reported the area was not clear of hazards.

The pilots conducted the emergency jettison because they could not land with their bomb load.