US Designates Lashkar-e-Taiba's Student Wing As A Terrorist Organisation 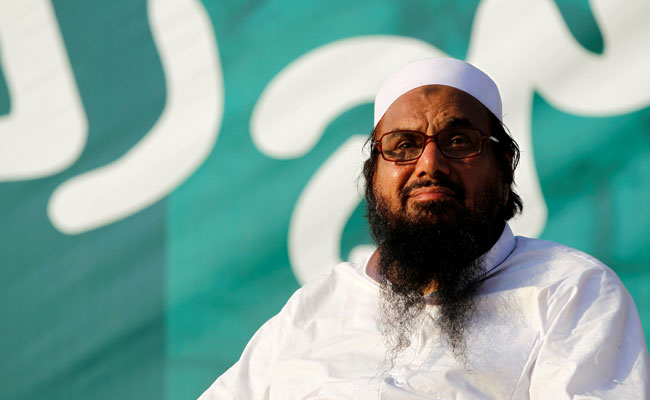 Lashkar-e-Taiba, led by chief Hafiz Saeed, carried out the deadly Mumbai attack in which 166 were killed.

Washington: Al-Muhammadia, the student wing of terror outfit Lashkar-e-Taiba (LeT) was on Wednesday also designated as a terrorist organisation by the US, which also put sanctions against its two top leaders.

LeT was designated a terrorist organisation by the United States in December 2001. Since then, the organisation has repeatedly changed its name and created fronts in an effort to avoid sanctions, said the State Department.

"To that effect, Al-Muhammadia Students (AMS) is the student wing of LeT," it said.

Founded in 2009, AMS is a subsidiary of LeT and has worked with LeT senior leaders to organise recruiting courses and other activities for youth, it added.

Simultaneously, the US Treasury Department designated two LeT senior leaders Muhammad Sarwar and Shahid Mahmood as global terrorists, both based in Pakistan.

He added that the action "not only aims to expose their activities, but also disrupts Lashkar-e-Taiba's financial network and ability to carry out violent terrorist attacks".

Treasury said Sarwar has been a senior LeT official in Lahore for over 10 years and has held various leadership roles in the group, including his current position as LeT's emir for Lahore, a position he has held since at least January 2015.

As the LeT emir of Lahore, Sarwar maintains relationships with LeT's most senior leaders. Between 2012 and 2013, Sarwar worked with LeT's foreign affairs chief Hafiz Abdul Rahman Makki, and in early 2013, Makki asked Sarwar for money to pay for his travel within Pakistan, it added.

In his capacity as LeT Lahore emir, Sarwar has been directly involved in LeT fund raising activities and uses the formal financial system in Pakistan to raise and move funds on behalf of LeT, the Treasury said.

For example, in 2008, he led delegations of businessmen to LeT facilities for the purpose of soliciting donations for the group, and as of mid-2009, Sarwar was one of two officials who headed LeT's finance wing in Lahore, it added.

Promoted
Listen to the latest songs, only on JioSaavn.com
On the other hand, Mahmood has been a longstanding senior LeT member based in Karachi, and has been affiliated with the group since 2007.

166 people including many foreigners were killed in the 2008 Mumbai attack carried out by 10 Lashkar terrorists. Nine of the attackers were killed and lone survivor Ajmal Kasab was captured and later hanged in 2012. The terror outfit is led by Pakistan-based Hafiz Saeed.