A US District Court ordered the damages be paid to Jason Rezaian and his family in compensation for pain and suffering as well as economic loss for the 18-month detention, when he was physically abused. 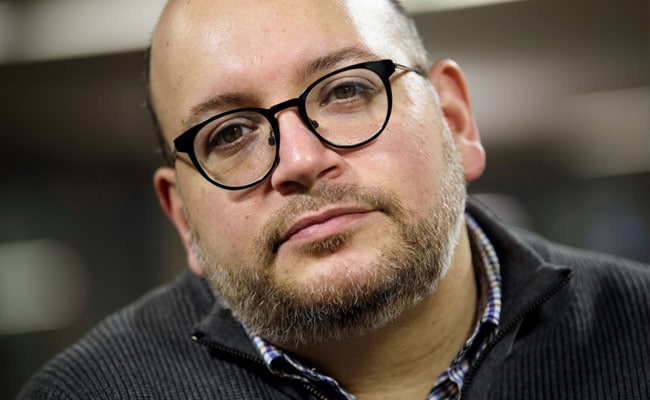 Jason Rezaian was imprisoned by Iranian authorities in 2014. (AFP)

A US court on Friday ordered the government of Iran to pay nearly $180 million in damages to an Iranian-American journalist who was jailed by Tehran on espionage charges in 2014.

A US District Court judge ordered the damages be paid to Jason Rezaian and his family in compensation for pain and suffering as well as economic loss for the 18-month detention, when he was physically abused, deprived of sleep and medical care and threatened with execution.

The decision is largely symbolic. Iran did not answer the lawsuit, according to Rezaian's employer The Washington Post, and the Islamic republic is not expected to pay the damages.

The Iranian-American Rezaian was the Post's Tehran correspondent when he was arrested, and spent 544 days in an Iranian prison, a pawn in an international chess match that resulted with his release in January 2016 in exchange for seven Iranians held in the United States.

His Iranian-born wife Yeganah was arrested with him but released after two months. The couple were caught up in a power struggle among Iran's leadership over the country's nuclear deal and Tehran's relations with the West.

The court ordered Iran to pay Rezaian $23.8 million for pain and suffering and economic losses, his brother Ali $2.7 million, and their mother Mary $3.1 million for similar claims.

Iran was to pay an additional $150 million in punitive damages to the family as a whole.

"The Rezaians presented evidence showing that Iran arrested and detained Jason to increase its bargaining leverage in ongoing negotiations with the United States," Judge Richard Leon said in a 30-page opinion.

"Holding a man hostage and torturing him to gain leverage in negotiations with the United States is outrageous, deserving of punishment and surely in need of deterrence," he added.

Rezaian and three other Americans were released on January 16, 2016, the day the nuclear agreement that was signed in Vienna six months earlier went into force.

(Except for the headline, this story has not been edited by NDTV staff and is published from a syndicated feed.)
Comments
Iranian-American journalistIranJason Rezaian