The National Embryo Donation Center says the twins, named Lydia and Timothy Ridgeway, are the longest-frozen embryos to result in a live birth. 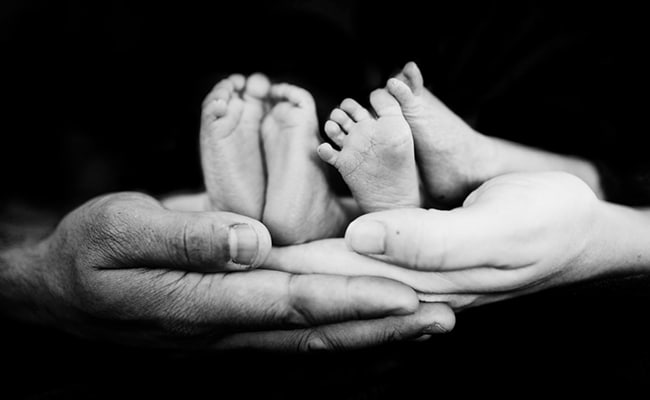 Breaking a previous record, an Oregon couple has welcomed twins from embryos that were frozen in April 1992, 30 years ago, CNN reported. The previously known record holder was Molly Gibson, born in 2020 from an embryo that had been frozen for nearly 27 years. The Oregon twins, dubbed as "world's oldest babies'', were born on October 31 to Rachel Ridgeway and Philip Ridgeway.

The babies were a result of embryo donation, usually from parents who have extra embryos after successfully having babies via in vitro fertilization (IVF). Thirty years back, an anonymous donor couple, who had used in vitro fertilisation, donated the embryos, which were cryopreserved at 200 degrees below zero. The embryos were frozen on April 22, 1992, and remained in cold storage at a West Coast fertility lab until 2007, when the couple donated them to the National Embryo Donation Center (NEDC). Fifteen years later, the frozen embryos led to the birth of Lydia and Timothy.

The Ridgeways, who already have four other children, ages 8, 6, 3 and almost 2, decided to have more kids by using donated embryos. When they were looking for donors, the couple specifically looked in a category called "special consideration," which means embryos for whom it had been difficult to find recipients.

Mr Ridgeway told CNN: "We weren't looking to get the embryos that have been frozen the longest in the world. We just wanted the ones that had been waiting for the longest. There is something mind-boggling about it. In a sense, they're our oldest children, even though they're our smallest children."

"I was 5 years old when God gave life to Lydia and Timothy, and he's been preserving that life ever since," the happy father added.