US Coast Guard Seizes Record $1.4 Billion Worth Of Drugs

Nearly 27 tons of cocaine and 1,430 pounds (650 kilograms) of cannabis were seized. An official said this was the largest illicit drug offload in US Coast Guard history. 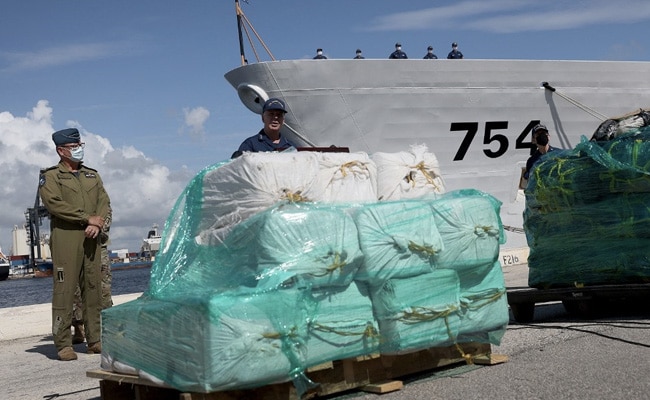 Officials said the amount of drugs seized is more than double what US patrols seized during all of 2020.

The US Coast Guard announced Thursday it had seized about $1.4 billion worth of cocaine and cannabis during several operations.

"This is the largest illicit drug offload in Coast Guard history," said Commander Steve Poulin during a press conference in Port Everglades, Florida regarding the nearly 27 tons of cocaine and 1,430 pounds (650 kilograms) of cannabis seized.

The seizures were conducted by multiple Coast Guard units, with assistance from the Canadian Navy and air support from the US Border Patrol, said Captain Todd Vance.

"This crew and their efforts have struck a significant blow in the fight to combat the criminal networks that created the destabilizing influence we are all witnessing in Central America and in our nation's southern borders," he said.

According to officials, the amount of drugs seized is more than double what US patrols seized during all of 2020.