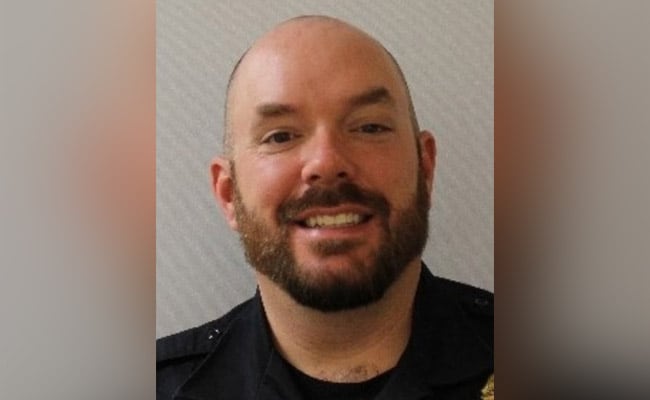 The officer was identified by US Capitol Police as William "Billy" Evans.

A US Capitol police officer was killed and a second injured Friday after a vehicle rammed through security and crashed into a barrier at the Washington complex, forcing it into lockdown less than three months after a mob assault on Congress.

No information was available on the identity of the attacker or his motivation. Pittman said there was no existing police file on the suspect.

But Washington Metropolitan Police Chief Robert Contee indicated that a terror link was not suspected at this stage.

"It does not appear to be terrorism-related, but obviously we will continue to investigate," said Contee.

News reports said President Joe Biden, spending the Easter weekend at his Camp David retreat, had been informed of the attack.

The slain officer was identified by US Capitol Police as William "Billy" Evans, an 18-year veteran of the force.

"Please keep Officer Evans and his family in your thoughts and prayers," Pittman said in a statement.

The attack came as psyches remained scarred and security tight after the January assault on Congress by hundreds of supporters of then-President Donald Trump.

National Guard troops were mobilized Friday and staff at the huge Capitol complex ordered to stay away from windows and seek cover after alerts went out over the incident shortly after 1 pm (1700 GMT).

While Congress was on recess for the Easter holiday, text messages sent to staffers still working inside told them to avoid windows and said no one could enter or leave the building.

"If you are outside, seek cover," the messages said, while television footage showed what appeared to be the injured officers being loaded onto gurneys and into ambulances.

Following the attack, the blue sedan could be seen crashed into a security barrier on one of the streets leading to Congress.

In the January 6 attack, hundreds of extremist Trump-backers smashed into the Capitol building yelling threats against politicians and shutting down the legislature.

One Capitol Police officer died as a result of the attack, as well as four others individuals who took part or were nearby.

Since then security officials have said there is an ongoing threat from extreme-right groups and Trump supporters.

More than 300 people have been charged in the January attack, including members of armed extremist groups like the Proud Boys and Oath Keepers, and 100 more are expected to be charged, according to Justice Department court filings.

In recent weeks some security around the complex has been loosened, with the number of armed National Guard troops at the Capitol reduced and a security fence that created a broad perimeter around the Capitol complex removed.

But permanent barriers remain in place on all the roadway entrances to the Capitol, well-manned by police and national guard.

"I drive through this checkpoint and wave to the officers guarding it nearly every day that I'm in Washington. I'm heartbroken to learn of an officer's death in today's attack," tweeted Representative Angie Craig.

Security officials, including the Capitol Police and National Guard, were faulted for reacting slowly to the crowds who stormed the Capitol on January 6.

But, Pittman said, they also remain on edge. "This has been an extremely difficult time for the US Capitol police after the events of January 6, and after the events that have occurred here today," she said.