Despite the limited "humanitarian pause," the UN has insisted that all sides must implement a 30-day truce in the region. 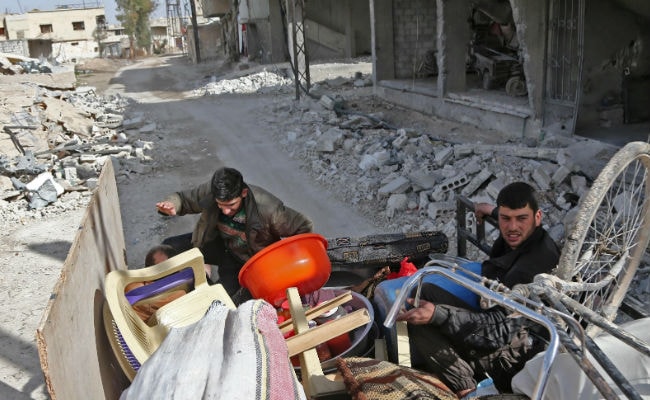 Washington: The United States urged Russia on Thursday to pressure Syrian President Bashar al-Assad's regime to respect attempts to allow residents out of the rebel-held enclave of Eastern Ghouta.

"We do not seek a conflict with the Syrian regime, but we call on Russia to restrain the Assad regime, de-conflict counterterrorism operations with the coalition, and de-escalate the remaining battlefields of the Syrian civil war."

Syrian regime forces have clashed with rebels on the outskirts of Eastern Ghouta, despite Russia on Monday ordering a daily "humanitarian pause" in the enclave to grant civilians safe passage to flee.

That move fell far short of a full ceasefire voted for by the United Nations Security Council.

"Russia's inability to exert control over the portions of the battlefield where they operate is troublesome."

Despite the limited "humanitarian pause," the UN has insisted that all sides must implement the 30-day truce demanded on Saturday, and said some 40 trucks loaded with aid were waiting for the violence to stop.


(Except for the headline, this story has not been edited by NDTV staff and is published from a syndicated feed.)
Comments
GhoutaSyria violenceUS Seeks Help From Russia