Pentagon spokesman John Kirby told reporters that the Biden administration remains committed to the Taliban-US deal and ending the war "in a responsible way". 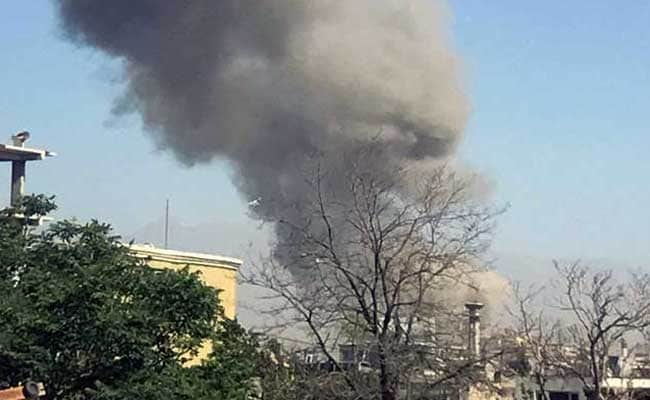 The Taliban on Friday rejected Washington's accusations that it had not lived up to its promises in Afghanistan, in turn claiming the US was 'bombarding civilians'.

The US signed a landmark deal with the insurgents last year, agreeing to withdraw all of its troops from the country in return for security guarantees after a stalemate on the battlefield.

"The other side have violated the agreement, almost every day they are violating it," Mohammad Naeem, a Taliban spokesman in Qatar, told AFP.

"They are bombarding civilians, houses and villages, and we have informed them from time to time, these are not just violations of the agreement but violations of human rights."

The US military has in recent months carried out air strikes against the Taliban fighters in defence of Afghan forces in some provinces.

Taliban spokesman Zabihullah Mujahid added on Twitter that the allegations against the group were "unfounded" and that it was "fully committed" to the agreement.

Pentagon spokesman John Kirby told reporters on Thursday that the Biden administration remains committed to the Taliban-US deal and ending the war "in a responsible way".

However, he said, "the Taliban are not meeting their commitments to reduce violence, and to renounce their ties to Al-Qaeda".

"We are still involved in trying to get a negotiated settlement," he added.

The agreement, signed in Doha last year, required the Taliban to halt attacks on US forces, sharply decrease the level of violence in the country, and advance peace talks with the government in Kabul.

In return, the United States would steadily reduce its troop levels in the country, and remove all forces by May 2021.

Kirby said the US Defense Department is comfortable with the current level of 2,500 US troops in the country, down from close to 13,000 a year ago.

It is enough to carry out the main US mission, to counter Islamic State and Al-Qaeda forces operating in Afghanistan, he said.

But he would not say if the Pentagon will complete a full withdrawal before the May deadline.

Much depends on whether the Taliban and the Afghan government, who launched peace talks in September, can negotiate a settlement.

Violence has soared in the country, which is also facing a new trend of targeted killings since the talks began.

"I would say this to the leaders of the Taliban, that... they make it that much more difficult for final decisions to be made about force presence by their reticence to commit to reasonable, sustainable and credible negotiations at the table," Kirby said.