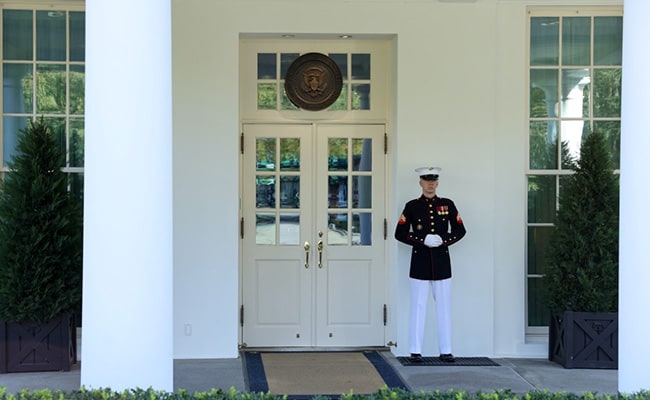 Nearly all the Joint Chiefs of Staff are in quarantine after attending meetings last week.

The Marine Corps said its No 2 officer, General Gary Thomas, had tested positive for COVID-19, becoming the second senior military official to do so this week, another sign of the danger to top brass who met both men at the Pentagon.

Nearly all the Joint Chiefs of Staff, including its chairman, Army General Mark Milley, are in quarantine after attending top-level meetings last week with Thomas and the Coast Guard's No. 2 official, Admiral Charles Ray, who tested positive on Monday for the disease caused by the coronavirus.

The list of top generals quarantining reads like a "Who's Who's" of the US military, including General Paul Nakasone, head of the National Security Agency and US Cyber Command, as well as the chiefs of the Army, Navy, Air Force and Space Force.

"At this time we have no additional senior leader positive test results to report," Pentagon spokesman Jonathan Hoffman said in a statement.

"We will continue to follow CDC guidance for self-quarantining and contact tracing," Hoffman said, referring to the US Centers for Disease Control and Prevention.

Hoffman offered no further details, including whether any other top generals were experiencing potential symptoms.

The disclosure risks adding to a growing sense of uncertainty about the degree of risk to America's national security leadership, as President Donald Trump himself tries to bounce back from the illness.

The White House says the rise in cases among senior White House officials and others in Washington has not disrupted the government.

"Our adversaries are always looking for any weakness to exploit," Representative Adam Smith, chairman of the Democratic-led House Armed Services Committee, warned in a terse statement on Tuesday that took aim at Trump.

"While our military can still operate while leadership is quarantined, the national security implications of the President's recklessness cannot be overstated," Smith added.