US Aid Ship Docks With Food For Sudan War Zones 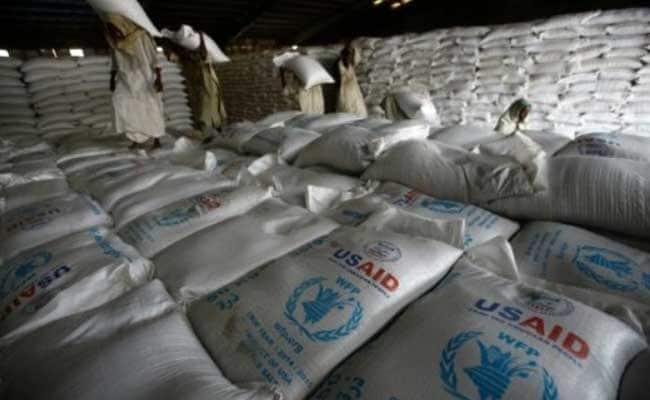 The food aid organised by the US Agency for International Development and the World Food Programme was to be delivered to several war-torn areas of Sudan but mainly to Darfur. (AFP Photo))

Sudan: Dockers began unloading tens of thousands of tonnes of food from a US aid ship on today destined for war-torn areas of Sudan.

The bulk carrier Liberty Grace docked in Port Sudan on the Red Sea coast with a cargo of 47,500 tonnes of sorghum, a staple food in Sudan.

Dozens of stevedores were unloading the shipment onto waiting trucks.

"It will take 14 days to unload" the entire shipment, said the ship's captain Peter Matesic. It was his third trip to Sudan with a cargo of food aid.

A member of the crew said the vessel took 25 days to reach Port Sudan from Houston, Texas.

The food aid organised by the US Agency for International Development and the World Food Programme was to be delivered to several war-torn areas of Sudan but mainly to Darfur.

A brutal conflict erupted in the western region in 2003 when ethnic minority rebels rose up against the Arab-dominated government of President Omar al-Bashir.

Some 300,000 people have been killed in the conflict and more than 2.5 million been displaced, according to the United Nations.
Since 2011, when South Sudan became independent, Khartoum has also been battling insurgencies in two areas on the border -- Blue Nile and South Kordofan states.

The food aid was also meant for tens of thousands of South Sudanese refugees who have arrived in Sudan fleeing war at home.

More than 50,000 South Sudanese have fled into Sudan since January to escape the violence and food shortages across the border.

Two years after it became independent, South Sudan descended into a brutal civil war that has killed tens of thousands of civilians.

Khan said the shipment had not been affected by a funding shortfall facing the WFP and other UN agencies in Sudan.

In late April, the WFP said it was facing a shortfall of $181 million for the next 12 months, which was hampering its work in Sudan, particularly with South Sudanese refugees.

He said humanitarian needs in Sudan were increasing following renewed conflicts in some areas, adding that almost 50 percent of humanitarian assistance came from USAID.

"This is from farmers of Texas, a gift from American people to Sudanese, to those affected by conflict in Darfur... and to South Sudanese," said Washington's charge d'affaires in Khartoum, Benjamin Moeling.

US humanitarian assistance to Sudan this year has totalled $300 million, Moeling told reporters in Port Sudan, adding that Washington would continue.