US 'Affluenza' Teen To Remain In Mexico For Now, Mom Charged 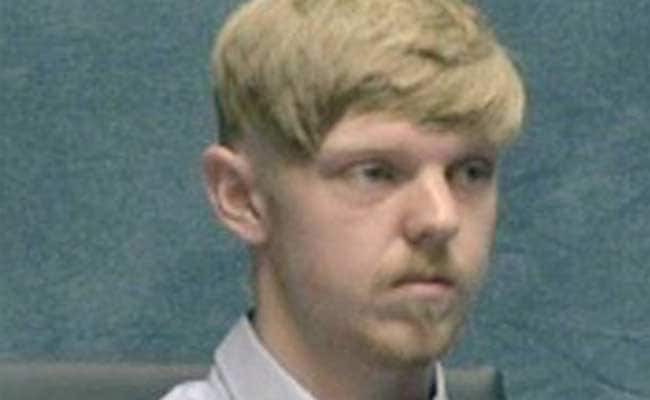 Ethan Couch, 18, is shown in this handout photo provided by the Tarrant County Sheriff's Department in Fort Worth, Texas, December 17, 2015. (Reuters Photo)

Mexico City, Mexico: A fugitive US teenager known for using an "affluenza" defense in a deadly Texas drunk-driving case will spend weeks or months in a Mexican migrant detention facility while a court reviews his deportation case.

A judge agreed on Thursday to hear the case of Ethan Cohen, 18, who was detained on Monday with his mother in a Pacific resort city, a National Migration Institute official told AFP.

While her son faces an indefinite stay at the facility in an impoverished Mexico City neighborhood, Tonya Couch was flown to Los Angeles on Wednesday and promptly taken into custody by the US Marshals Service.

Lawyers for Ethan Cohen had filed an appeal for him -- but not his mother -- in Mexico on Wednesday. The judge had 72 hours to decide whether to take up the case.

"The injunction was ratified. He will be here for the time that is necessary" for the deportation case to close, the migration official said on condition of anonymity, adding that the process could take weeks or months.

In 2013, the teen crashed his pickup into a group of pedestrians in Texas and another vehicle, leaving four dead and several seriously injured.

Couch, who was 16 at the time, had a blood-alcohol level nearly three times the legal limit for an adult.

The son of millionaire parents made headlines during his trial when a psychologist testifying on his behalf claimed he suffered from "affluenza."

The term, coined from affluence and influenza, implied that financial privilege made him unable to understand the consequences of his actions.

Couch pleaded guilty to intoxication manslaughter. Prosecutors had sought a 20-year prison term, but the court handed him a surprise sentence of mental health treatment and a decade of probation.

The leniency caused outrage among many Americans.

Couch disappeared earlier this month after he missed a mandatory meeting with his probation officer.

He apparently vanished after the emergence of a video showing Couch at a party taking part in a drinking game, which violated the terms of his probation.

This led to a manhunt that ended when Mexican authorities caught Ethan and Tonya Couch on Monday night on a street in Puerto Vallarta, a popular beach resort in western Jalisco state.

Mexican and US officials say the two illegally entered the country in a pickup truck and were unable to show proper documentation when they were detained.

His mother faces US charges of hindering his apprehension.

The son, who had been held with her at a migration facility in Jalisco's capital, Guadalajara, was transferred to Mexico City in a van that arrived early Thursday.

The wealthy young American will share an open room with three other migrants at a facility known as Las Agujas, the migration official said.

Couch will get three meals per day, including a special one for New Year's Eve. The facility has a basketball court and a common room with television.

Cellphones are prohibited, but he can use the facility's phones. Couch is staying in the men's section of the 500-capacity center.

"It's like a shelter where all the foreigners who will be deported are taken," the official said. "There's no special treatment."