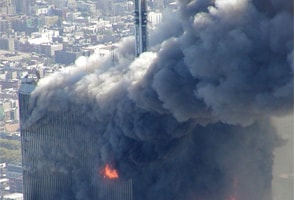 New York: Some local law enforcement agencies in the US are adding security measures following Osama bin Laden's death, out of what one called "an abundance of caution."

In Los Angeles, police say they're stepping up intelligence monitoring, and the Port Authority of New York and New Jersey says it will add more police Monday at airports, bridges and the World Trade Centre site itself.

Promoted
Listen to the latest songs, only on JioSaavn.com
The agency says the extra police is not a response to any current threat "but out of an abundance of caution until we have the chance to learn more" and that the facilities it runs will operate normally otherwise.

And a lieutenant says police in Philadelphia were on heightened alert, checking on mosques and synagogues every hour.