Universal Puts "The Hunt" On Hold After Trump Criticism

Universal had slated the movie, "The Hunt," for a September 27 release. 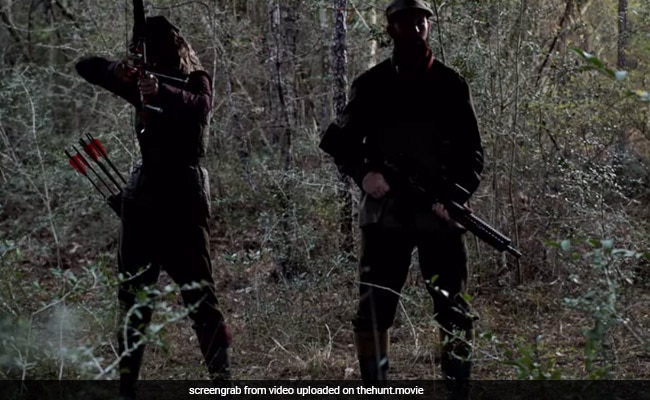 The release of a film criticized by conservatives as portraying a group of liberals hunting supporters of Donald Trump has been indefinitely postponed, Universal Pictures said Saturday.

Universal had slated the movie, "The Hunt," for a September 27 release.

But in a tweet Friday that appeared to refer to the film, Trump slammed it as "racist," fanning criticism from the right that its timing was particularly poor after recent mass shootings in the US. 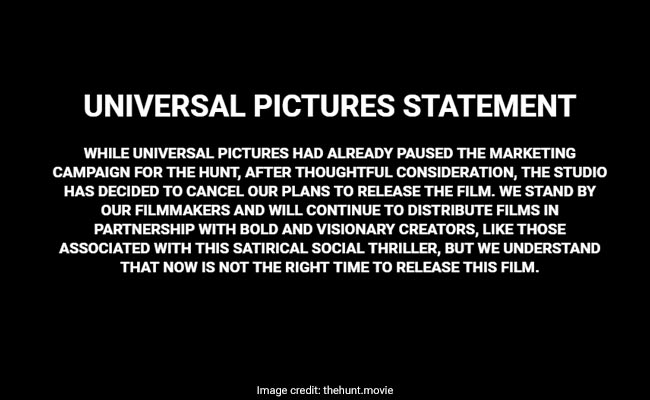 Statement on the film's website announcing the halt in release.

Universal said that "after thoughtful consideration, the studio has decided to cancel our plans to release the film."

It said that while it supported "bold and visionary creators, like those associated with this satirical social thriller... we understand that now is not the right time to release this film."

"The Hunt" has been billed as an ultraviolent satire about America's deep political divide. Its plot has people who have been kidnapped from traditionally Republican regions waking up in a field surrounded by "elite" hunters, who proceed to gun them down.

A promotional poster for the film warns: "Hunting Season Open: Only designated people may be hunted at the manor."

Without naming "The Hunt," Trump tweeted Friday that an upcoming film showed that "Liberal Hollywood is Racist at the highest level."

"They are the true Racists, and are very bad for our Country!"

Wealthy liberal characters in the film refer to their prey as "deplorables," according to the Hollywood Reporter -- a term Hillary Clinton used to describe some Trump supporters during her presidential run against Trump in 2016.

Trump has come under a storm of criticism for his rhetoric on race, and in particular immigrants, which his opponents claim has fueled extremism, including the recent shooting in El Paso, Texas.

"Like An Underdog Going Through Training...": Signal On Resuming Service