Russia Says Names Of Novichok Poison Suspects Means "Nothing" To Them

British police identified Alexander Petrov and Ruslan Boshirov as the men who tried to kill Russian former double agent Sergei Skripal and his daughter Yulia with Novichok in March. 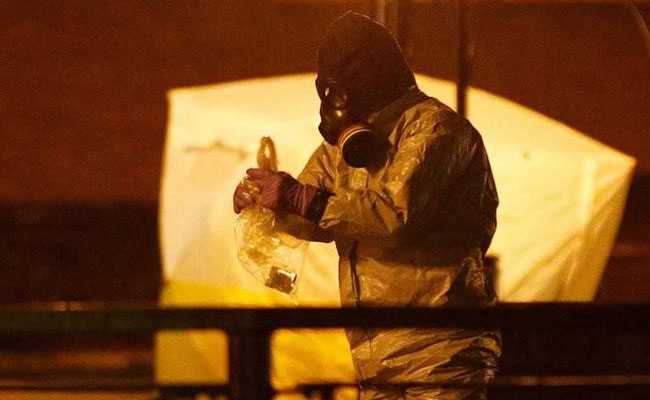 Russia said Wednesday it did not know the names of two Russians Britain has blamed for a nerve agent attack on a former spy and accused London of manipulating information.

"The names published by the media, like their photographs, mean nothing to us," foreign ministry spokeswoman Maria Zakharova said.

British police identified Alexander Petrov and Ruslan Boshirov as the men who tried to kill Russian former double agent Sergei Skripal and his daughter Yulia with Novichok in March.

UK authorities said the names were likely to be aliases.

"We once again call on the British side to switch from public accusations and manipulating information to practical cooperation through law enforcement agencies," Zakharova said in televised remarks.

Russia's permanent representative at the Organisation for the Prohibition of Chemical Weapons, Alexander Shulgin, called the UK statement a "provocation".

"Right from the start we said that Russia has nothing to do with what happened in Salisbury," Shulgin told Russian state television.

The UK's Crown Prosecution Service (CPS) said it would not apply for their extradition but it added that it obtained a European arrest warrant for the two men.

The CPS said the pair faced charges of conspiracy to murder Skripal, and the attempted murder of him, his daughter and Nick Bailey, a policeman injured in the attack.

Skripal was a colonel in Russian military intelligence who was jailed for betraying agents to Britain's MI6 security service. He moved to England in 2010 as part of a spy swap.

The nerve agent was believed to have been smeared on the front door of his house in the southwestern city of Salisbury in March.

London blamed the Russian state for the attack, but Moscow strongly denied any involvement.

The Skripals and Bailey both recovered, but in June, a British couple fell ill from the same type of nerve agent in the nearby town of Amesbury.

One of them, 44-year-old mother of three Dawn Sturgess, died in July.