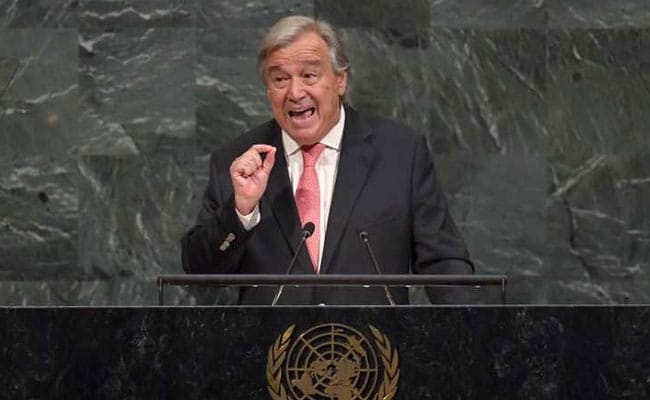 A new caretaker government is expected to be sworn in on Monday.

"Secretary-General Antonio Guterres is following the latest developments in Sri Lanka with great concern. He calls on the Government to respect democratic values and constitutional provisions and process, uphold the rule of law and ensure the safety and security of all Sri Lankans," the Secretary General's spokesman Stephane Dujarric said in a statement on Sunday.

Mr Guterres urged all parties to exercise restraint and address the unfolding situation in a peaceful manner.

Sri Lanka's President Sirisena suspended the national Parliament for two weeks on Saturday, in an effort to build support for his decision to remove Mr Wickremesinghe as the country's prime minister following months of disagreement.

Many Members of Parliament and Government Ministers denounced the move as unconstitutional and Mr Sirisena swore in  Mr Rajapaksa as the new prime minister.

In the midst of the crisis, a man was killed allegedly by a politician's bodyguard, who reportedly fired on a crowd of demonstrators.

Sunday's shooting came amidst street protests which erupted, resulting in a crowd blocking one of the now-sacked cabinet ministers from entering his office.

Suspended prime minister Wickramasinghe is refusing to accept his dismissal, and is appealing for support among Member of Parliaments, arguing that he still commands a parliamentary majority.