Antonio Guterres issued his "heartfelt condolences" to those grieving the 66-year-old lawyer, who co-founded the Human Rights Commission of Pakistan and also once served as UN Special Rapporteur on human rights in Iran. 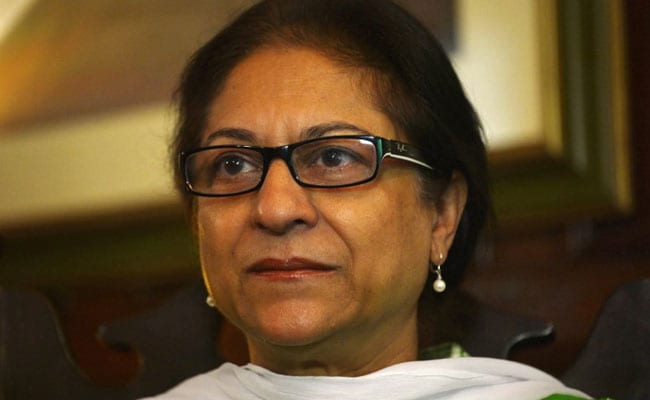 Islamabad, Pakistan: The United Nations Secretary-General has paid tribute to Pakistan's "human rights giant" Asma Jahangir following her death by cardiac arrest at the weekend, praising her courage in campaigns for justice and equality for all.

Antonio Guterres issued his "heartfelt condolences" to those grieving the 66-year-old lawyer, who co-founded the Human Rights Commission of Pakistan and also once served as UN Special Rapporteur on human rights in Iran.

"We have lost a human rights giant," the UN chief said in a statement released after Jahangir's death was announced on Sunday.

"She was a tireless advocate for inalienable rights of all people and for equality whether in her capacity as a Pakistani lawyer in the domestic justice system, as a global civil society activist, or as a Special Rapporteur. Asma was brilliant, deeply principled, courageous and kind."

Pakistan social media has been flooded with an outpouring of grief for the loss of what many described as the country's "moral compass", while on Monday newspaper front pages were dominated by tributes to the nation's leading human rights activist.

In its editorial "Asma the fearless", Pakistan's Dawn newspaper said Jahangir was a citizen that all of Pakistan could be proud of and whom most can only hope to emulate.

"Principled and courageous, Asma's willingness and determination to confront evil, defend the vulnerable, and insist on Pakistan living up to the ideals of its democratic, constitutional and secular foundations made her truly iconic," the paper wrote.

Another English language daily, The News wrote that she "spoke out bravely and with immense courage for all the oppressed people of the country, essentially acting as the conscience of Pakistan".

"Only her sudden death could silence her and steal away from us the bravest of the brave this country has produced," it said.

The rights commission which she helped create made its name defending religious minorities and tackling highly charged blasphemy accusations along with cases of "honour" killings -- in which victims, normally women, are murdered by a relative for bringing shame on the family.

Jahangir secured a number of victories during her life, from winning freedom for bonded labourers from their "owners" through pioneering litigation, to a landmark court case that allowed women to marry of their own volition.

She was also an outspoken critic of the powerful military establishment, including during her stint as the first-ever female leader of Pakistan's top bar association.

Jahangir was arrested in 2007 by the government of then-military ruler Pervez Musharraf and held under house arrest. In 2012 she claimed her life was in danger from the feared Inter Services Intelligence spy agency.

Funeral prayers will be held in Jahangir hometown of Lahore, according to an obituary published by her family in local papers.

(Except for the headline, this story has not been edited by NDTV staff and is published from a syndicated feed.)
Comments
Antonio GuterresAsma JahangirUnited Nations