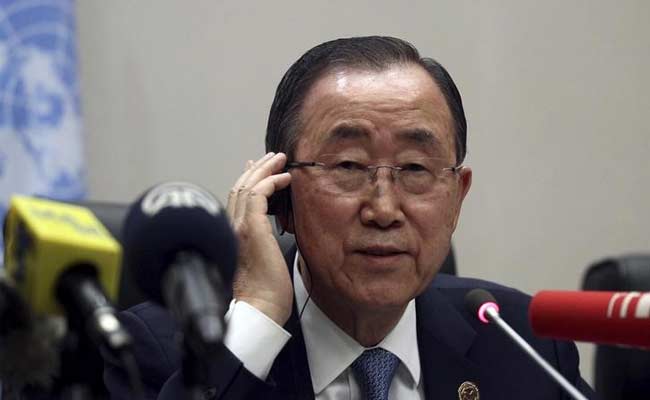 Ban Ki-moon's visit comes as the Burundi government is appearing to soften its position towards its opponents. (AFP File Photo)

Ban, who is scheduled to arrive in Bujumbura at 4:30pm (1430 GMT) from New York, is to hold talks with Burundian President Pierre Nkurunziza on Tuesday morning after meeting with leaders of political parties and civil society, said foreign minister Alain-Aim&#233; Nyamitwe.

Ban is expected to leave Burundi after the talks on Tuesday morning and visit the Democratic Republic of Congo on the second leg of an Africa tour that will also take him to South Sudan where civil war erupted in December 2013.

"This is a very important visit because we hope the UN Secretary General will bring his weight to bear on President Pierre Nkurunziza so he finally accepts an inclusive and unconditional dialogue with his opponents," a UN official told AFP.

A Western diplomat in Burundi said he hoped Ban would also discuss, "massive violations of human rights observed since the beginning of the crisis."

"We hope the visit will convince (Nkurunziza) to accept a genuine international investigation into these allegations," the diplomat said.

Burundi was thrown into crisis in April when Nkurunziza decided to run for a controversial third term that he went on to win in July.

More than 400 people have been killed and over 240,000 have left the country since then, while thousands more have been arrested and the security forces repeatedly accused of extrajudicial executions and other human rights violations.

Ban's visit comes as the Burundi government is appearing to soften its position towards its opponents.

Bujumbura offered a "gesture of goodwill" ahead of Ban's visit, agreeing to receive a delegation of African heads of state expected later this week, diplomats said.

The Burundian judiciary last week cancelled international arrest warrants against several opposition leaders in exile, allowing for the possibility that they might join future talks.

Also on Friday, the government granted two private radio stations the right to begin transmitting again after months off the air.

However, the deadly pattern of the political crisis also continued, with at least one person killed and seven injured on Monday when a grenade was thrown in a market in the capital.