UK's New Visa Points System: Who It Helps, Who It Hurts

With the Brexit transition period due to expire at the end of the year, the U.K. government is proposing using a scorecard system to favor skilled people coming to the country. Among the EU nationals currently in Britain, 70% wouldn't make the cut under the new rules. 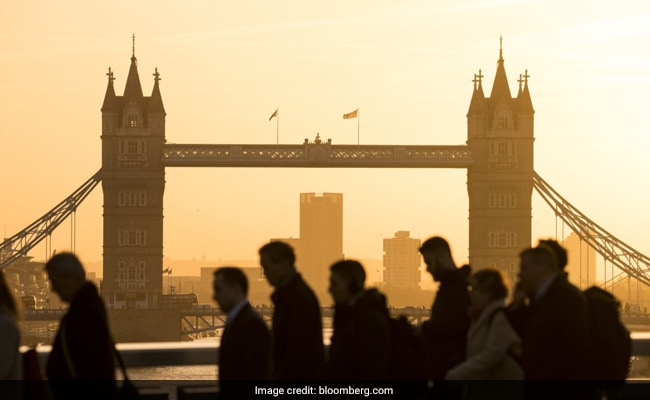 Almost 40% of firms say theyve struggled to recruit the right staff in the past year.

The U.K.'s plans to tighten immigration could hurt small businesses, who can't find local workers as it is and will soon face tough restrictions on hiring from the European Union.

Almost 40% of firms say they've struggled to recruit the right staff in the past year, and more than a third of those say a reason is that U.K. citizens are unwilling to do the jobs, according to the Federation of Small Businesses.

The survey highlights the economic challenge facing Prime Minister Boris Johnson's government as it attempts to take greater control over its borders after Brexit. The nation has long relied on imported labor for jobs such as construction, agriculture and social care, and many firms are ill-prepared for the change.

"Firms want to upskill their workforce, improve productivity and bring through the next generation, but they need support to make that happen," said Mike Cherry, FSB national chairman. "It's critical that we get this new system right, particularly when timeframes are so tight."

With the Brexit transition period due to expire at the end of the year, the U.K. government is proposing using a scorecard system to favor skilled people coming to the country. Among the EU nationals currently in Britain, 70% wouldn't make the cut under the new rules.

While the FSB said a points-based system might work, it also has concerns. Locals may not be able to fill in, hiring foreigners may become too expensive and there will be a bigger administrative burden for companies that have never filed immigration paperwork before. Nearly half of companies in the survey said they can't afford the fees that will be levied on them for employing EU staff. That charge, currently applied to non-EU workers, can exceed 3,000 pounds ($4,000).

The changes give little time to adapt for businesses that have long relied on the free flow of people from the EU.

Small businesses should be allocated funds for training and new technologies, Cherry said. That could prove key in addressing the lack of efficiency in the economy.

In 2018, gains in U.K. output per hour were almost 20% below their pre-crisis trend. Economists say that the increasing use of artificial intelligence will help, but it has yet to have much of an impact.