"I'm very worried because it might go wrong and we might not get the agreements that we need and it's touch and go," British Prime Minister Boris Johnson said. 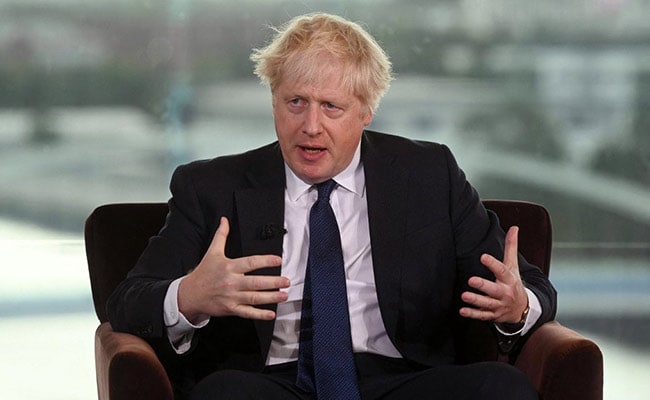 "It's very, very far from clear that we'll get the progress that we need," Boris Johnson said (File)

British Prime Minister Boris Johnson on Monday said he was "very worried" that the 12-day COP26 climate summit he will host in Glasgow from later this week "might go wrong".

But the UK leader told a special Downing Street press conference with children that he remained hopeful a deal can be done to reduce carbon emissions and limit future temperature rises.

"I'm very worried because it might go wrong and we might not get the agreements that we need and it's touch and go," Johnson said, as he fielded questions from the youngsters aged eight to 12.

"It's very, very far from clear that we'll get the progress that we need.

"It's very, very difficult, but I think it can be done."

The British premier said that the gathering running from Sunday to November 12 in the Scottish city was "perhaps the most important summit that this country has had in our lifetimes".

It will be the biggest climate conference since the 2015 Paris summit and is seen as crucial in setting worldwide emission targets to slow global warming, as well as firming up other key commitments.

Johnson's downbeat assessment follows similar weekend comments by Alok Sharma, the British minister in charge of the talks, who warned success at COP26 would be "definitely harder" to achieve than in Paris.

"Each of them have got to agree to do something that's difficult for them -- whether it's stop using coal-fired power stations, or give some money to help the developing world, or start using electric vehicles," he said.

"I do think that world leaders are really starting to listen.

"I've talked to a lot of them in the last few weeks, and they're making some good commitments," the UK leader said.