"We've agreed that unilateral changes to the status quo with force like this should not be allowed in the Indo-Pacific region," Japanese Prime Minister Fumio Kishida said, referring to Russia's invasion of Ukraine. 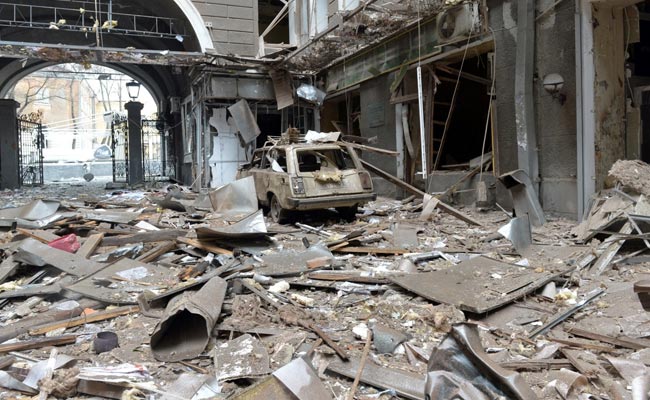 Of the four Quad countries, only India has not condemned Russia's invasion of Ukraine.

Leaders of the Quad grouping of countries -- the United States, India, Australia and Japan -- agreed on Thursday that what is happening to Ukraine should not be allowed to happen in the Indo-Pacific, Japanese Prime Minister Fumio Kishida said.

A virtual meeting of the four-country grouping was held at a time of increased concern about Taiwan, a self-ruled island claimed by China, which has stepped up its alert level, wary of China taking advantage of a distracted West to move against it.

"We've agreed that unilateral changes to the status quo with force like this should not be allowed in the Indo-Pacific region," Kishida said, referring to Russia's invasion of Ukraine.

Kurt Campbell, the White House coordinator for Indo-Pacific, said on Monday the United States would keep its focus on the Indo-Pacific despite the Ukraine crisis, although this would be difficult and expensive. He said Washington has been deeply engaged in two theaters simultaneously before, including during World War Two and the Cold War.

The United States sees the Quad and its growing relations with India as essential to its efforts to push back against China in the Pacific, but it is in a delicate balancing act with New Delhi, given the latter's long-standing ties with Russia.

Of the four Quad countries, only India has not condemned Russia's invasion of Ukraine. Russia is the main supplier of arms to the Indian military and India faces the possibility of U.S. sanctions for its purchase of the Russian S-400 air defense system.

Analysts say any moves by Russia hawks in the Biden administration to impose sanctions on India for working with Moscow could backfire and set back cooperation in the Quad.

Campbell said on Monday that Washington remained "bullish" about its relationship with India.

"We have a deep dialogue with them on issues underway now," he told a Washington think tank. "We understand ... India's historic, long-standing relationship with Russia, but at the same time, ultimately, we believe that India will be moving in our direction."

Foreign ministry said before Thursday's meeting that it would follow a September summit of the Quad leaders in Washington and they would "exchange views and assessments about important developments in the Indo-Pacific."

It was not immediately clear on whose request the meeting was called. None of the Quad countries had flagged it earlier.

Quad foreign ministers met in Australia early last month and pledged to deepen cooperation to ensure the Indo-Pacific region was free from "coercion," a veiled reference to China's economic and military activities, and their leaders are set to hold a summit in Japan in May.

China has denounced the Quad as a Cold War construct and a clique "targeting other countries."