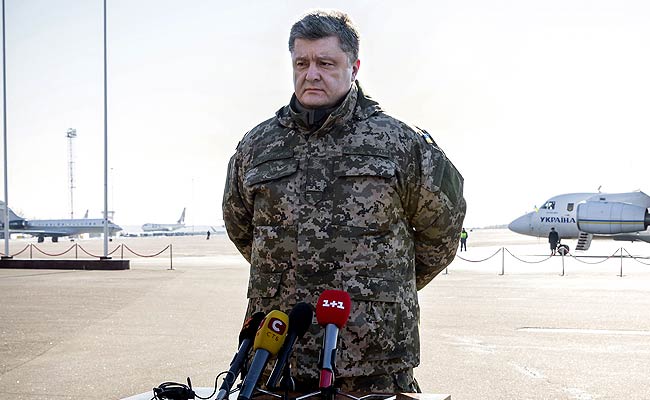 Paris: Ukrainian President Petro Poroshenko today accused his Russian counterpart Vladimir Putin of wanting to take over the "whole of Europe" and potentially aiming his sights next at Finland and the Baltics.

"Putin wants to go as far as we allow him -- not only Ukraine, but the whole of Europe," Poroshenko said in an interview with French radio station RFI.

"If you had asked me two years ago, I would have said this was impossible because the whole postwar security system wouldn't allow that," he said.

"But if you asked me today... unfortunately everything is possible because the annexation of Crimea and the eastern part of Ukraine... shows we can break the global security system."

He said the ongoing fighting against Russian-backed insurgents in eastern Ukraine should be seen as a fight for all of Europe.

One Dose Of Covid Vaccine Cuts Household Spread By Up To 50%: UK Study