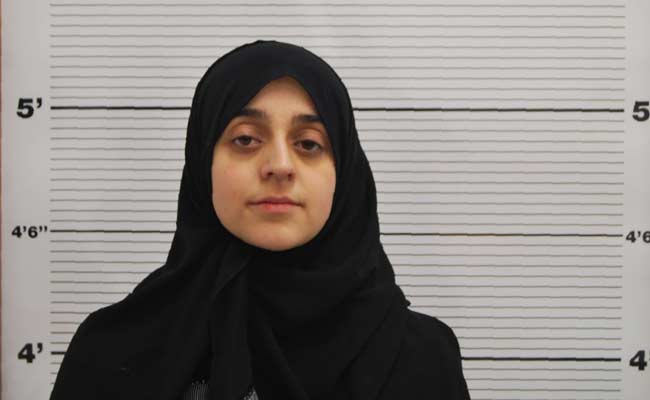 LONDON: A British woman has been found guilty of taking her toddler son to join the Islamic State group, becoming the first woman to be convicted of the offense after returning to the UK from the self-declared caliphate in Syria.

Tareena Shakil, 26, was convicted of being a member of the ISIS and encouraging acts of terrorism. She will be sentenced on Monday. Police said in October 2014 she and her one-year-old son boarded a plane to Turkey, where she crossed into Syria and spent three months there.

Counter-terrorism officers arrested Shakil on suspicion of Syria-related terrorism offenses and child neglect at London's Heathrow Airport when she returned last February. Her son has since been taken into social care.

During her trial, Shakil denied the charges, claiming she only travelled to Syria because she wanted to live under strict Islamic law. But a photo on her phone showed her posing with a firearm and wearing an Islamic State balaclava, and another photo showed her posing in Syria under the group's flag. Police also said she had sent a series of tweets before she left Britain, encouraging others to commit terror acts.

"Our assessment is that she was not naïve; she had absolutely clear intentions when she left the UK," said Marcus Beale at West Midlands Police. He added that she "presented a real threat" to Britain upon her return.

Like many other European countries, Britain is increasingly concerned about residents - especially young people - travelling to Syria to fight or support militants. Figures released this month showed that the number of girls and women travelling from Britain to Syria is increasing, with 56 believed to have left for the conflict-torn country last year.
Comments
ISISIslamic StateUK womanSyriaUKTurkeyTareena Shakil