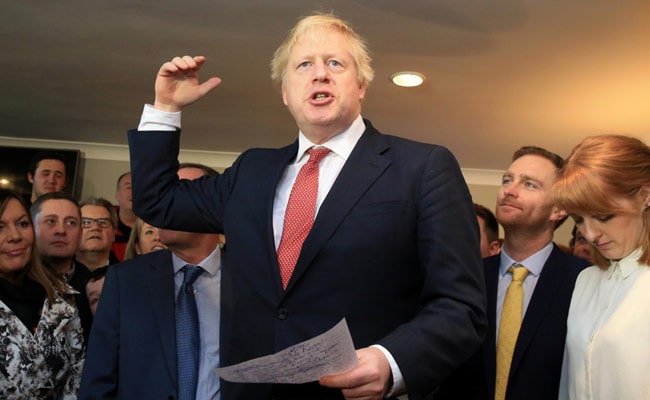 British Prime Minister Boris Johnson's government on Tuesday unveiled a huge package of support for businesses to help them survive the introduction of tough new social measures to stem the coronavirus outbreak.

Sunak said the measures were equivalent to 15 percent of GDP and were available to "any business that needs access to cash", promising to "go further" if necessary.

He had already announced 30 billion pound in state aid for firms and individuals affected by the outbreak at last week's budget.

Emergency legislation is expected to be passed through by MPs unopposed later this week in the fight against coronavirus.

Johnson's government had on Monday ramped up the response to coronavirus, asking people to avoid unnecessary social contact, after new scientific advice that infections and deaths would spiral without drastic action.

The changes sparked warnings of massive job losses, particularly in the leisure and hospitality sectors.

Johnson said more urgent action was needed, and promised to do "whatever it takes" to tackle the global pandemic, which has infected more than 189,000 and killed over 7,800 worldwide.

"Yes, this enemy can be deadly but it is also beatable," he told a news conference.

"We know how to beat it. We know that we will beat it.

"And however tough the months ahead, we have the resolve and the resources to win the fight."

Firms told staff to work from home and public transport emptied on Tuesday after the government call for an end to "non-essential" social contact and unnecessary travel. For now though, schools remain open.

But the government's chief scientific adviser Patrick Vallance said it was "reasonable" to estimate that 55,000 people could have COVID-19, based on an expected death rate of one in 1,000 cases.

"If we can get numbers down to 20,000 and below, that's a good outcome in terms of where we would hope to get with this outbreak," he told a parliamentary health committee.

"But that's still horrible. It's still an enormous number of deaths and an enormous pressure on the health service."

- Britons were told only to travel abroad if absolutely necessary for the next 30 days, to avoid being stranded by border closures and flight cancellations.

- The state-run National Health Service in England said all non-urgent operations would be postponed from April 15 for at least three months, in a move designed to free up 30,000 beds.

- The Church of England's most senior cleric, Archbishop of Canterbury Justin Welby, said public worship was "suspended until further notice", but weddings and funerals can still be held.

- Tourist attractions, including the National Portrait Gallery in London and Tate museums and galleries, announced closures.

Johnson has faced criticism for holding off on imposing the strict measures seen elsewhere.

But he stepped up the response on Monday after scientists warned hundreds of thousands could die in Britain if there was only a focus on delaying and slowing infections.

Imperial College London's COVID-19 response team concluded in a paper that suppression was "the preferred policy option" to curb the spread of the virus.

It would require "a combination of social distancing of the entire population, home isolation of cases and household quarantine of their family members".

"This type of intensive intervention package... will need to be maintained until a vaccine becomes available (potentially 18 months or more)," the report stated.

They predicted transmission would "quickly rebound if interventions are relaxed", it added.

He said he had also shared the projections with US President Donald Trump's administration last week and sent it an early copy of the report over the weekend.

Ferguson said the government had "no other option" but to implement new measures because modelling from new Italian data indicated 81 percent of Britons and Americans would be infected.

Mitigation policies would only halve that number and healthcare systems would still be overloaded.