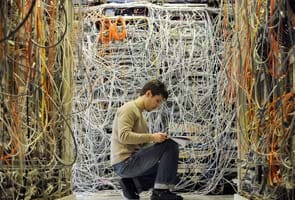 London: The UK plans to install an unspecified number of spy devices along the country's telecommunications network to monitor Britons' use of overseas services such as Facebook and Twitter, according to a report published Tuesday by Parliament's Intelligence and Security Committee.

The devices - referred to as "probes" in the report - are meant to underpin a nationwide surveillance regime aimed at logging nearly everything Britons do online, from Skype calls with family members to visits to pornographic websites. The government argues that swift access to communications data is critical to the fight against terrorism and other high-level crime.

Authorities have been at pains to stress that they're not seeking unfettered access to the content of emails or recordings of phone calls, but rather what many have described as "outside of the envelope" information: Who sends a message, where and how it is sent, and who receives it.

A key challenge for the government has been extracting that information from overseas service providers - companies based in Silicon Valley or elsewhere that might not feel obliged to comply with a British spy agency's request. It was in those cases, the committee's lawmakers said, that the surveillance devices would come in handy.

"It is important for the agencies that there is some means of accessing communications data from uncooperative overseas communications service providers," the report said.

The lawmakers said the probes would work using "deep packet inspection," so-called because it allows those intercepting packets of data to comb through their content. The services that might be targeted by the probes weren't identified, although Facebook, Twitter, Hotmail, and Google Chat are all popular in Britain and were among the services named elsewhere in the report.

Britain's surveillance plans remain in draft form, and the report carried several critiques of the government's proposals. But in general it rejected opponents' claims that the surveillance regime was unworkable or oppressive, warning that the pace of technological change would soon "have a serious impact on the intelligence and security agencies" unless the new surveillance powers were introduced.

The report also appeared to reject suggestions that encryption might allow evil-doers to baffle government monitoring.

"We have heard that the government has (redacted) options in dealing with the challenge encryption poses," the report said.

Promoted
Listen to the latest songs, only on JioSaavn.com
The next two paragraphs were completely blanked out.