British Foreign Office staff left documents with contact details of Afghans working for them scattered on the ground at the embassy compound in Kabul, the Times newspaper reported. 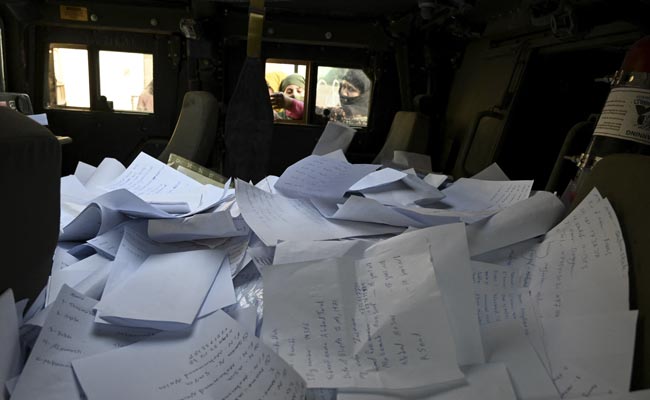 The papers identifying seven Afghans were found by The Times on Tuesday. (File)

Britain's Foreign Office said it had rescued three Afghan families whose contact details were in documents left behind at its embassy in Kabul after the Times newspaper said the papers were still there when the building was seized by the Taliban.

The documents identifying seven Afghans were found by reporters of The Times on Tuesday as Taliban fighters patrolled the embassy, the newspaper said. The Times said it handed over the details of three Afghan staff and their eight family members to the Foreign Office.

British Foreign Office staff left documents with contact details of Afghans working for them scattered on the ground at the embassy compound in Kabul, the newspaper reported.

"We have worked tirelessly to secure the safety of those who worked for us including getting three families to safety," a Foreign Office spokesperson said.

"During the drawdown of our embassy every effort was made to destroy sensitive material," he said, declining further comment on how it was left.

The Taliban seized power in Afghanistan in mid-August from a U.S.-backed government, sending thousands fleeing and potentially heralding a return to the terrorists' austere and autocratic rule of two decades ago.

The Times reported that such was the British surprise at the speed of the capture of Kabul that the embassy's evacuation protocols, which included destruction of all data that could compromise Afghan staff, had broken down.

The documents included the name and address of a leading member of the embassy staff in Kabul, other staff members and their contact details and the CVs and addresses of applicants for jobs as interpreters, the newspaper said.

Calls made by The Times to numbers on the abandoned documents revealed that some of those listed had been evacuated to the UK in the past few days.