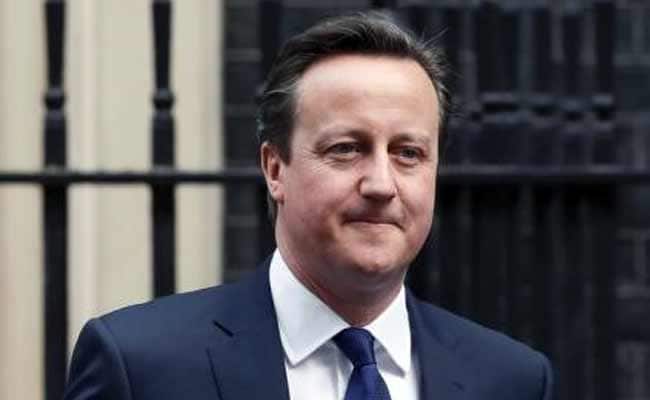 Brussels, Belgium: Prime Minister David Cameron said Thursday that Britain would offer to deploy military ships and helicopters to the Mediterranean to help stem a deadly tide of refugees trying to reach Europe by sea.

But he stressed that this help would only be given "under the right conditions," as he arrived at an emergency EU summit in Brussels called after 800 people were feared to have died in a shipwreck on Sunday.

"That must include that people that we pick up and people we deal with are taken to the nearest safe country, most likely Italy, and don't have immediate recourse to claim asylum in the UK," he said.

Cameron, who is fighting for re-election at home where immigration is one of the hot-button issues, offered the Royal Navy flagship HMS Bulwark, three helicopters and two patrol ships.

Military action is one of the key points that will be discussed at the summit later Thursday, with a draft statement for the meeting committing leaders to "undertake systematic efforts to identify, capture and destroy vessels before they are used by traffickers".

It was unclear whether Cameron was offering to boost these operations or to help independently.

If EU leaders all agree to the draft proposals, the operation would be the first time EU governments -- under huge pressure to both check the tide of migrants and provide greater help to those whose boats run into trouble -- use military force to fight illegal migration.

Promoted
Listen to the latest songs, only on JioSaavn.com
But experts question whether such action is feasible without UN authorisation.