Britain has been on high alert after two mass stabbings in London in the last year, which saw both perpetrators, shot dead by armed officers. 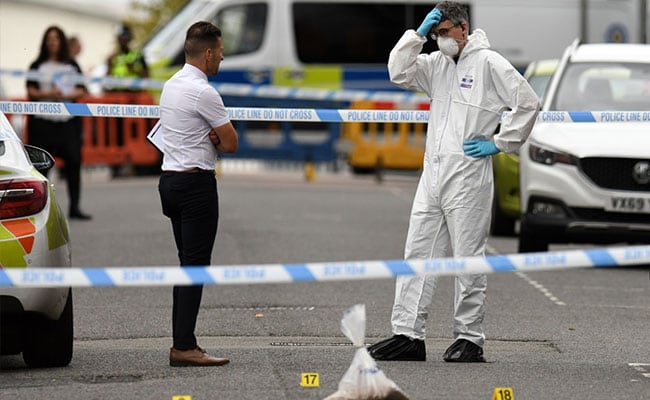 One man was killed and two people were critically injured during a "random" stabbing attack lasting several hours in Britain's second city of Birmingham, police said on Sunday.

Detectives said they were hunting one suspect after being called to reports of stabbings at four separate locations in the city centre between 12:30 am (2330 GMT Saturday) and 2:30 am.

But they ruled out hate crime, gang violence and terrorism.

"It does appear to be random in terms of the people that were attacked," said Chief Superintendent Steve Graham of West Midlands Police, adding that it was being treated as homicide.

Britain has been on high alert after two mass stabbings in London in the last year, which saw both perpetrators -- convicted Islamic extremists released early from prison -- shot dead by armed officers.

In June, a man was charged with murder after three people were killed in a park in Reading, west of London, in an attack investigated by counter-terrorism police.

Six people were then injured, including a police officer, at a hotel housing asylum seekers in the Scottish city of Glasgow. Armed police shot dead the suspected attacker.

The latest incident comes amid concern about levels of knife crime in Britain, particularly in the capital, London.

The number of stabbings in England and Wales increased six per cent in the year to the end of March, according to the Office for National Statistics.

Birmingham is one of Britain's most ethnically diverse cities with a population of more than one million, and has had an explosive recent history of gang violence.

In January 2003, one gang opened fire with an illegal semi-automatic sub-machine gun at a rival group. Two teenage girls who were bystanders were killed in the hail of bullets.

No details were immediately released about the identity of the victims other than the two people critically injured were a man and a woman.

Five other people were taken to hospital with minor injuries, as police declared a "major incident" and said the incidents were linked.

Eyewitnesses earlier told AFP about violence in one of the four locations, in and around the Arcadian Centre, a popular venue filled with restaurants, nightclubs and bars.

Cara Curran, a nightclub promoter who was working at the Arcadian Centre on Saturday night said she saw "groups upon groups" of people fighting in and around the venue and heard the use of "racial slurs".

"I had seen a lot of tensions building through the night, which wasn't quite like what I've seen before," she said.

"I had left with my boyfriend. I heard a commotion and saw multiple police coming towards our direction. I headed towards where I saw them coming and it all just unfurled in front of me.

"It was quite a street fight. It didn't really look like fighting. It was just multiple people on top of each other, not one on one."

She added: "There was every ethnicity there, there was Asian, black, white. It wasn't just this ethnicity against this ethnicity, it was a group of ethnicities with another group, and they sort of just went at it."

Shabana Mahmood, who represents the area in the UK parliament for the main opposition Labour Party, described the events as "deeply concerning".

Local councillor Yvonne Mosquito, also of Labour, said the violence was "traumatic" for everyone involved.

But she said there remained a real issue with social exclusion among younger people, including "county lines" drug dealing.

The Arcadian centre, where Birmingham Gay Village and Chinese Quarter meet, was vibrant and popular although there had been "a bit of trouble" previously, she told AFP.