Around 18 enforcement agents from the office of Information Commissioner Elizabeth Denham entered the company's London headquarters at around 8pm. 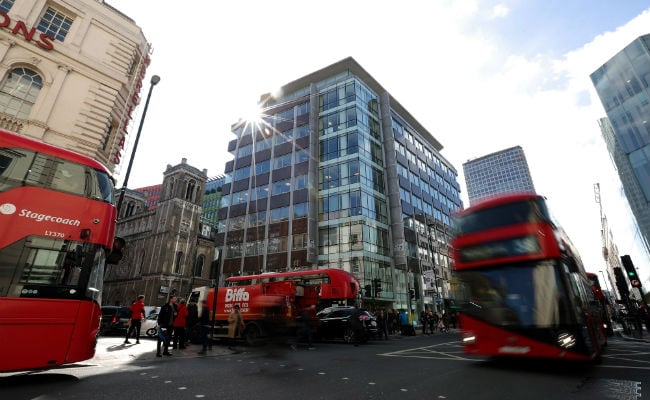 The building which houses Cambridge Analytica's headquarters in London

London: British regulators on Friday began searching the London offices of Cambridge Analytica (CA), the scandal-hit communications firm at the heart of the Facebook data scandal, shortly after a judge approved a search warrant.

Around 18 enforcement agents from the office of Information Commissioner Elizabeth Denham entered the company's London headquarters at around 8pm (2000 GMT) to execute the warrant.

A full explanation of the legal ruling by Judge Anthony James Leonard will be issued on Tuesday, according to the court.

"We're pleased with the decision of the judge," Denham's office said on Twitter.

"This is just one part of a larger investigation into the use of personal data and analytics for political purposes," it added in a statement.

"As you will expect, we will now need to collect, assess and consider the evidence before coming to any conclusions."

The data watchdog's probe comes amid whistleblower accusations that CA, hired by Donald Trump during his primary campaign, illegally mined tens of millions of users' Facebook data and then used it to target potential voters.

Its chief executive Alexander Nix has been suspended following the revelations and a further sting by Britain's Channel 4 News in which he boasts about entrapping politicians and secretly operating in elections around the world through shadowy front companies.

He has been called to reappear before British lawmakers to explain "inconsistencies" in past testimony about the firm's use of the data.

Meanwhile Facebook founder Mark Zuckerberg has been forced to issue a statement outlining his firm's role in the scandal and apologised Wednesday to its billions of users for the breach.

The company has seen its stock market value plunge by around $75 million amid the crisis, as shares closed the week down 13 percent -- their worst seven days since July 2012.

Cambridge Analytica denies any wrongdoing, and said Friday it was undertaking an independent third-party audit to verify that it no longer holds any of the mined data.

"As anyone who is familiar with our staff and work can testify, we in no way resemble the politically-motivated and unethical company that some have sought to portray," acting CEO Alexander Tayler said in a statement.

He apologised for the firm's involvement, but said it had licensed the data from a research company that "had not received consent from most respondents".

"The company (CA) believed that the data had been obtained in line with Facebook's terms of service and data protection laws," Tayler said.

Aleksandr Kogan, a University of Cambridge psychologist, created a personality prediction app that harvested the data of 270,000 people who had downloaded it -- as well as scooping up the information of their friends.

That was possible under Facebook's rules at the time.

Kogan this week claimed he is being unfairly blamed.

"I'm being basically used as a scapegoat by both Facebook and Cambridge Analytica," he said in interviews Wednesday.

Promoted
Listen to the latest songs, only on JioSaavn.com
"We thought we were acting perfectly appropriately.