Omar al-Hammadi, an official spokesman of the UAE government, said at a press briefing on Tuesday that those affected had travelled from abroad, without specifying from where or the number of the cases. 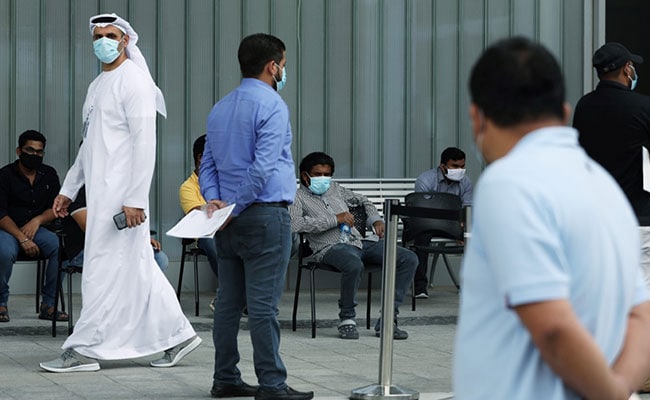 A member of hospital staff watches over people queuing to be tested, amid COVID-19 outbreak.

The United Arab Emirates (UAE) has discovered a "limited number" of cases of people infected with the new coronavirus variant in the country, a government official said, the first confirmed cases of a more contagious COVID-19 mutant in the Gulf region.

Omar al-Hammadi, an official spokesman of the UAE government, said at a press briefing on Tuesday that those affected had travelled from abroad, without specifying from where or the number of the cases.

"In light of the emergence of the new emerging strain of the coronavirus in Britain, and in conjunction with the continuous investigations by the health sector, it has been proven that there are limited cases in the country and received from abroad," he said.

Britain and South Africa have separately reported fast-spreading variants of the coronavirus, prompting some nations to ban travel to the two countries amid fears a more-virulent virus could exacerbate strapped health care systems.

The UAE has kept its borders and international flights open, while neigbouring Saudi Arabia on Monday extended a ban on entry to the kingdom by air, land and sea for another week.

Oman reopened its border on Tuesday, while Kuwait - which had also suspended all commercial flights and closed its land and sea borders until Jan. 1, does not plan to extend the suspension.

UAE on Tuesday reported 1,506 new COVID-19 cases in the last 24 hours, taking the overall tally of those infected with the virus in the country to 204,369.