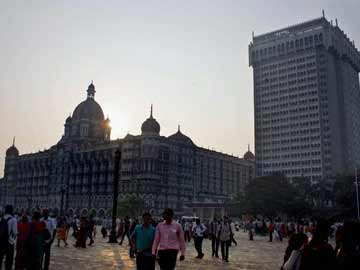 Islamabad: Two critical witnesses, including an electoral officer who provided the names of relatives of one of the 10 LeT terrorists who carried out the 2008 Mumbai attacks, were cross-examined in a Pakistani anti-terror court.

Okara District Electoral Officer, Javed along with the Manager of the Muslim Commercial Bank in Muzaffarabad were cross-examined by defence lawyers of the seven accused in the case including Lashkar-e-Taiba commander Zakiur Rehman Lakhvi.

"The electoral officer provided the voter list that includes the relatives of one of the nine deceased in Mumbai to prove his Pakistani origin. The bank manager in Muzaffarabad from whose branch, money was transferred to Karachi in five transactions to one of the accused was also cross-examined," Special Public Prosecutor Chaudhry Mohammad Azhar told PTI.

Asked specifically for the name of the deceased whose relatives' names were produced yesterday, he said, "He has to provide some additional documents to prove the identity of the deceased."

Sources told PTI that the ECP member told the court about featuring the names of the father and mother of one of the 10 terrorists who had crossed into Mumbai to launch the brazen attacks in 2008. Newly-appointed defence lawyer Raja Rizwan Abbasi cross-examined him.

Ajmal Kasab, the lone terrorist caught and subsequently hanged after his trial, hailed from Okara district.

UK daily The Observer had said it had found Kasab's parents in the electoral record for "Faridkot, near Depalpur" for 478 registered voters.

While Javed was killed in the Taj Mahal hotel, Fahadullah was killed at the Trident.

The next hearing of the case will take place on January 8.

The delay is due to the winter holidays here.

Promoted
Listen to the latest songs, only on JioSaavn.com
Lakhvi, Abdul Wajid, Mazhar Iqbal, Hammad Amin Sadiq, Shahid Jameel Riaz, Jamil Ahmed and Younas Anjum were arrested in July 2009 for their alleged role in the attacks in which 166 people were killed and over 300 injured.

The seven Pakistani suspects have been charged with planning, financing and executing the attacks in India's financial hub.