The alleged Christchurch shooter, who is charged with targeting Muslims and killing 51 people in March, declared himself an "eco-fascist" and railed about immigrants' birthrates. 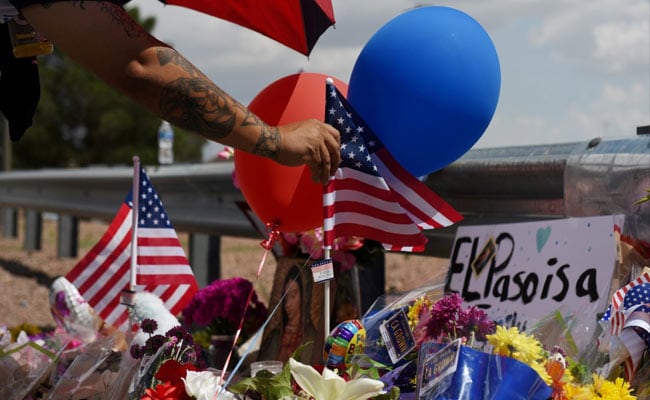 Before the slaughter of dozens of people in Christchurch, New Zealand and El Paso, Texas this year, the accused gunmen took pains to explain their fury, including their hatred of immigrants. The statements that authorities think the men posted online share another obsession: overpopulation and environmental degradation.

The alleged Christchurch shooter, who is charged with targeting Muslims and killing 51 people in March, declared himself an "eco-fascist" and railed about immigrants' birthrates. The statement linked to the El Paso shooter, who is charged with killing 22 people in a shopping area earlier this month, bemoans water pollution, plastic waste and an American consumer culture that is "creating a massive burden for future generations."

The two mass shootings appear to be extreme examples of ecofascism - what Hampshire College professor emeriti Betsy Hartmann calls "the greening of hate."

Many white supremacists have latched onto environmental themes, drawing connections between the protection of nature and racial exclusion. These ideas have shown themselves to be particularly dangerous when adopted by unstable individuals prone to violence and convinced they must take drastic actions to stave off catastrophe.

The alleged El Paso shooter's document is full of existential despair: "My whole life I have been preparing for a future that currently doesn't exist."

In recent years, the mainstream environmental movement has moved strongly in the direction of social justice - the very opposite of what hate groups seek. Now the leaders of those organizations fear white nationalists are using green messages to lure young people to embrace racist and nativist agendas.

"Hate is always looking for an opportunity to grab hold of something," said Mustafa Santiago Ali, a vice president of the National Wildlife Federation and an expert on environmental justice. "That's why they use this ecological language that's been around for a while, and they try to reframe it."

Michelle Chan, vice president of programs for Friends of the Earth, said, "The key thing to understand here is that ecofascism is more an expression of white supremacy than it is an expression of environmentalism."

This is all happening in a rhetorically and ideologically overheated era in which public discourse is becoming toxic, not only in the dark corners of the Internet but among those occupying the highest elective offices. Environmental activists want to create a sense of urgency about climate change, the loss of biodiversity and other insults to the natural world, but they don't want their messages to drive people into deranged ideologies.

There is a danger of "apocalypticism," said Jon Christensen, an adjunct assistant professor at the University of California at Los Angeles who has written extensively on the use and misuse of dystopian environmental scenarios.

It's important, he said, to provide people with potential solutions and reasons to be hopeful: "There's definitely a danger of people taking dire measures when they feel there's no way out of it."

Hartmann, who has tracked ecofascism for more than two decades, echoes that warning, saying environmentalists "need to steer away from this apocalyptic discourse because it too easily plays into the hands of apocalyptic white nationalism."

The leaders of several major environmental organizations said this week that white supremacy is antithetical to their movement.

"What we saw in the El Paso manifesto is a myopic, hateful, deadly ideology that has no place in the environmental movement," said Michael Brune, executive director of the Sierra Club.

Echoing that was Andrew Rosenberg, director of the Center for Science and Democracy at the Union of Concerned Scientists: "We need to speak out so that our members know that under no circumstances are we buying into this kind of philosophy."

The alleged gunmen in El Paso and Christchurch did not emerge from the green movement. The documents attributed to them are primarily focused on race, cultural identity, immigration and the fear of a "great replacement" of whites by people of other races. The "eco" part of the equation is arguably an add-on.

But these accused killers did not come up with their hateful ideologies in a vacuum. They have tapped into ideas about nature that are in broad circulation among white nationalists. Before the "Unite the Right" rally in Charlottesville in 2017, for example, white nationalist leader Richard Spencer published a manifesto that had a plank on protecting nature.

Ecofascism has deep roots. There is a strong element of it in the Nazi emphasis on "blood and soil," and the fatherland, and the need for a living space purified of alien and undesirable elements.

Meanwhile, leaders of mainstream environmental groups are quick to acknowledge their movement has an imperfect history when it comes to race, immigrationand inclusiveness. Some early conservationists embraced the eugenics movement that saw "social Darwinism" as a way of improving the human race by limiting the birthrates of people considered inferior.

"There's this idea coming out of the eugenics movement that nature, purity, conservation, were linked to purity of the race," said Hartmann, the author of "The America Syndrome: Apocalypse, War and our Call to Greatness."

Conservationists have a long history of wrestling with questions about immigration and population growth. Some of those on the environmental left have seen the explosion in the human population - which is nearing 8 billion and has more than doubled in the past half-century - as a primary driver of the environmental crisis. That argument has then been adopted by racists.

The document believed posted by the alleged El Paso shooter cites birthrates among the "invaders" trying to enter the U.S., and asserts, "If we can get rid of enough people, then our way of life can become more sustainable."

This line of thought is dismaying to Paul Ehrlich, 87, a professor emeritus at Stanford whose 1968 bestseller "The Population Bomb" proved hugely influential.

"They often cite me, even though I've spent my life trying to fight racism," Ehrlich said.

John Holdren, a Harvard professor who co-authored articles with Ehrlich and later served eight years as President Obama's science adviser, said the environmental movement grappled decades ago with the perceived racist undertones of the emphasis on population growth.

"A lot of people felt they were getting burned by talking about population growth and its adverse impact," Holdren said. As a result, he said, the movement's leaders began focusing on the education and empowerment of women, which has led to falling birthrates around the world as women take control of their reproductive lives.

A refrain among environmentalists is that if anti-immigrant groups are genuinely concerned about degradation of the natural world, they're targeting the wrong people. Climate change hasn't been driven by poor people struggling to get by. The activities of wealthy nations have been the main historical source of greenhouse gas emissions, the depletion of natural resources and the destruction of habitats.

Ali, the environmental justice expert, said he often hears people say population growth is the big problem today, and he shoots that down.

"My response to them is, 'Who are the people we need to limit? Who are the people making decisions about that?' . . . Until we have true equity and equality and a balance of power, then we know vulnerable communities are going to end up on the negative side of the ledger, whatever the tough choices are," Ali said.