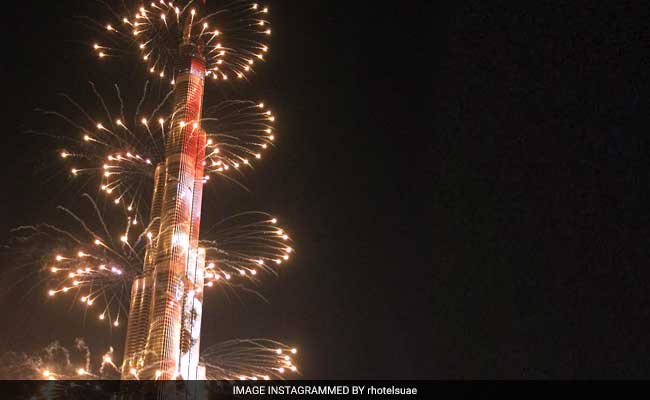 A series of fireworks crescendos will extend across the 500-acre Downtown Dubai.

For the first time, Twitter will live stream the New Year Eve's scintillating fireworks display at the world's tallest building Burj Khalifa in Dubai to a global audience.

Emaar Properties, developer of Burj Khalifa which stands at 828 metres, said it has partnered with Twitter to live stream the New Year's Eve fireworks display in Dubai.

This is the first live streaming deal Twitter has signed with a partner based in the the Middle East and North Africa (MENA) region, the real estate company said in a statement.

The live show will air on New Year's Eve, from Downtown Dubai at 7:30 PM GMT (0100 AM IST) and will be available worldwide to Twitter's logged-in and logged-out audience on Twitter and connected devices.

A series of fireworks crescendos will extend across the 500-acre Downtown Dubai and can be viewed from key locations across the city.

Choreographed to a customised soundtrack, the pyrotechnics display will bring to life several milestone moments and artistic interpretations in fireworks of a falcon flying high, swirling comets, and Arabian dance forms.

In specialised red and white comet shows and LED shows, the pyrotechnics will be displayed from Burj Khalifa, Dubai Opera and various landmarks.

The finale of the event will feature a display in pyrotechnics celebrating Dubai's current and future icons.

"The first-of-its-kind live streaming partnership with Twitter for the much-awaited New Year's Eve gala in Dubai will offer audiences across the world a real-time experience of the spectacle," Ahmad Al Matrooshi, Managing Director of Emaar Properties, said.

"The New Year's Eve celebrations by Emaar is a tribute to the positive spirit of our city, and the live streaming will define it further as a true global celebration from Dubai," Al Matrooshi said.

Promoted
Listen to the latest songs, only on JioSaavn.com
"We are excited to announce our first live streaming partner event in the MENA region. Live streaming the firework displays, combined with the live conversation on Twitter, will allow people across the world to view and Tweet about the festivities as they happen, creating a truly global celebration," said Kinda Ibrahim, Director of Media Partnerships, Middle East and North Africa, Twitter.

The stream will be available globally at DubaiNYE.twitter.com and on @MyDowntownDubai. The hashtag will be #MyDubaiNewYear.