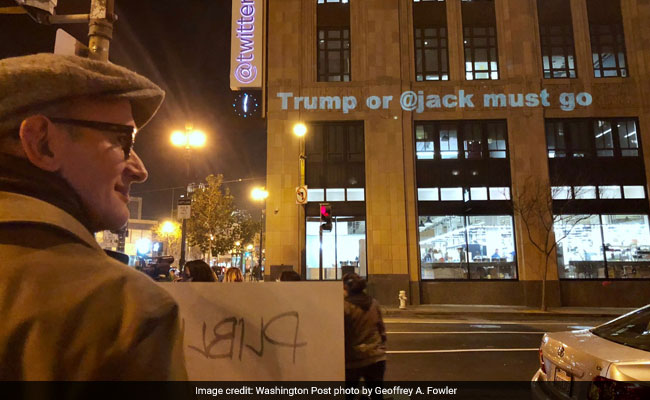 Some Twitter users have called, repeatedly, for the social network to block President Donald Trump's account - but a new statement from Twitter essentially says that is not going to happen.

Twitter has previously responded to complaints about Trump's account by saying that certain users' tweets have a "newsworthiness" value that makes it important to stay online and inform the network's global conversation. Its Friday statement expanded on that idea, though this latest explanation did not mention Trump by name.

"Elected world leaders play a critical role in that conversation because of their outsized impact on our society," the post said. "Blocking a world leader from Twitter or removing their controversial tweets would hide important information people should be able to see and debate. It would also not silence that leader, but it would certainly hamper necessary discussion around their words and actions."

Trump critics have pointed out many instances where it seems as though the president has violated Twitter's terms of service with his messages. On Wednesday, Trump's comments about North Korean leader Kim Jong Un and the respective sizes of North Korea and the United States' "nuclear buttons" drew a fresh round of calls to censor his account. Trump tweeted:

"North Korean Leader Kim Jong Un just stated that the 'Nuclear Button is on his desk at all times.' Will someone from his depleted and food starved regime please inform him that I too have a Nuclear Button, but it is a much bigger & more powerful one than his, and my Button works!"

Protesters this week projected messages on Twitter's headquarters in San Francisco after the North Korea tweets, saying that either Trump or chief executive Jack Dorsey "must go."

Twitter's attempt to handle political speech on its site - and defining when and how that overlaps with violent speech - has been a long and often confusing process. The company also introduced new policies last month that specifically exempted "military or government" groups from its policies prohibiting accounts that "use or promote violence against civilians to further their causes." But even with Twitter's latest clarifications, questions remain about how it defines and reviews political figures.

For example, Twitter in November declined to remove videos that Trump retweeted that were originally shared by Jayda Fransen, the deputy leader of a far-right group in Britain called Britain First. Twitter declined to take the videos down from Trump's account - saying first that they were newsworthy, and then clarifying that they did not violate its policies.

But in December, Twitter deleted Fransen's entire account, apparently as part of its crackdown on violent extremist groups. The videos disappeared from Trump's when Fransen's account was deleted.

It's also not clear if there is an instance in which Twitter would remove a world leader's messages or account.

"We review tweets by leaders within the political context that defines them, and enforce our rules accordingly," the post said. "No one person's account drives Twitter's growth or influences these decisions. We work hard to remain unbiased with the public interest in mind."

Promoted
Listen to the latest songs, only on JioSaavn.com
Twitter declined to elaborate on its blog post.