Trump To Get Royal Treatment On Japan Emperor Visit

The official highlight is Trump's state visit early Monday with Naruhito and a banquet that night at the imperial palace. 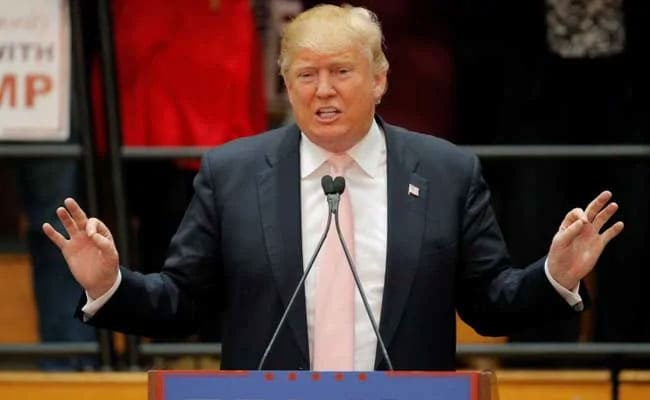 Donald Trump is accused at times of acting like a king, but when the US president becomes the first foreign leader to meet Japan's newly enthroned Emperor Naruhito next week, he can expect truly royal treatment from eager-to-please allies. The decision by Japan to put Trump at the head of the line for Naruhito illustrates the unique bond between the one-time bitterest of enemies, while delivering rival China a timely reminder that the United States is not alone in Asia.

Yes, there could be tension when Trump, who lands in Tokyo with his wife Melania on Saturday, discusses trade during one-on-one talks with Prime Minister Shinzo Abe.

Even if Trump delayed for six months a decision on adding tariffs against Japanese and EU auto imports, his declaration last week that US reliance on foreign vehicles poses a national security risk has irked giants like Toyota.

But the accent will be on the positive in Japan, where Abe has staked much on his close personal relationship with the colorful, unpredictable US leader.

The official highlight is Trump's state visit early Monday with Naruhito and a banquet that night at the imperial palace.

This will be the emperor's first date with a foreign head of state since ascending to the Chrysanthemum Throne on April 30, following his father Akihito's abdication. In contrast, most world leaders will have to wait until elaborate festivities in October to meet Naruhito.

This will "demonstrate that the alliance between the United States has never been stronger," said a senior Trump administration official, who asked not to be identified.

- Sumo summit -
Even that historic moment is unlikely to top the spectacle of Trump's attendance Sunday at a Tokyo sumo wrestling tournament, held in the sport's holy of holies -- the Ryogoku Kokugikan.

If anyone can upstage the sight of enormous, loincloth-clad men clashing on a clay ring, it will surely be the showman US president who, The Asahi Shimbun newspaper reports, will present a trophy dubbed -- naturally -- the "Trump Cup."

Details over how the brash real estate and casino entrepreneur will sit in the ultra-traditional venue and how close secret service agents will allow him get to heaving competitors, present an intriguing diplomatic-security-etiquette puzzle.

The Trump-Abe events, due to conclude Tuesday when Trump tours the Yokosuka US naval base, won't be all work either: the two avowed golf fans are likely to hit a yet-to-be-announced fairway in Chiba prefecture.

Abe, who once courted Trump with a $3,755 golden golf club, has even been getting in some practice.

Given the backdrop of China trade tensions, Iran saber rattling, and pre-2020 election turmoil at home, this is a trip tailor-made to generate good vibes for Trump.

"It's a smart move that shows he knows something about foreign policy and that he actually has a friend," said Robert Guttman, who lectures on foreign policy at Johns Hopkins University.

- Deep ties, shared dangers -
Trump has deliberately rocked the international boat since taking office in 2017 with his insistence on bilateral trade deals and aggressive use of tariffs -- even against the oldest US allies -- to protect his country's steel, aluminum and auto manufacturers.

But Abe has had more success than several other traditional US partners in using his personal ties to rebuild bridges.

It was only in April that Abe and his wife Akie were at the White House for a trip that US officials said reaffirmed the US-Japanese "alliance as the cornerstone of peace, stability, and prosperity in the Indo-Pacific region and around the world."

And Trump will be back in Japan in just over four weeks for an end-of-June G20 summit in Osaka. He will also visit South Korea on that trip to discuss ongoing efforts to persuade North Korea to give up its nuclear arsenal.

"Three visits in both directions in a short amount of time is really emblematic of just how close the relationship is," the administration official said, noting that the two leaders had met or spoken more than 40 times in the last two years.

"It is absolutely unprecedented," he said.

Of course, Japan in World War II became the only victim to date of atomic weapons when the United States bombed Hiroshima and Nagasaki.

But today, Japan is a key link in the global chain of US military bases and dependent on the US shield against North Korea's missile threats.

As the trade war with China intensifies, the United States might even see an optimistic history lesson in Japan.

After all, back in the 1980s it was the then surging Japan, not China, that scared American businesses and policy makers -- an experience said to have profoundly influenced the young Trump's protectionist views.

"If you look back to 1989, Japan was taking over the United States and now you never hear Japan mentioned," Guttman said. "Twenty years from now, who will it be?"

(This story has not been edited by NDTV staff and is auto-generated from a syndicated feed.)
Comments
TrumpJapan