Trump Team 'Must Do Better' After Charlottesville: Top Aide 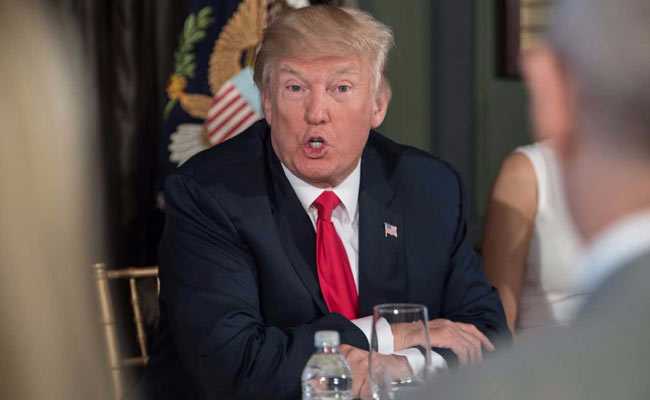 Gary Cohn, head of the White House national economic council and one of the most prominent Jewish-Americans in Trump's administration, is one of the most senior officials to weigh in following the uproar over the president's response to the violence.

"This administration can and must do better in consistently and unequivocally condemning these groups and do everything we can to heal the deep divisions that exist in our communities," Cohn told the Financial Times, without specifically naming Trump.

Cohn said he faced "tremendous pressure" to quit the administration after the president appeared to draw a moral equivalency between white nationalist demonstrators and anti-racism counter-protesters.

One woman was killed when a car driven by an avowed white supremacist plowed into a crowd of people after the rally turned violent, and numerous demonstrators were injured during the rallies on August 11 and 12.

Trump failed to single out white supremacists for their role in the bloodshed, saying there was blame "on both sides," and that there were "very fine people" among the white supremacist protesters, who were opposing the removal of a statue honoring Civil War icon Robert E. Lee.

Cohn broke with the president by telling the FT that "citizens standing up for equality and freedom can never be equated with white supremacists, neo-Nazis, and the KKK."

Having faced calls to quit, Cohn said he decided he could be more effective by remaining in the administration.

"I have come under enormous pressure both to resign and to remain in my current position," the former banker told the British daily.

"As a patriotic American, I am reluctant to leave my post... because I feel a duty to fulfill my commitment to work on behalf of the American people," Cohn said.

"As a Jewish American, I will not allow neo-Nazis ranting 'Jews will not replace us' to cause this Jew to leave his job," he added.

Promoted
Listen to the latest songs, only on JioSaavn.com
Another Jewish-American in the administration, Treasury Secretary Steven Mnuchin, also faced calls to quit in the aftermath of Charlottesville, but has refused to do so, and has staunchly defended Trump.

"The president in no way, shape or form, believes that neo-Nazi and other hate groups who endorse violence are equivalent to groups that demonstrate in peaceful and lawful ways," Mnuchin said in written comments last week.