The train with one passenger on board travelled for about seven kilometres north of Milan without either its driver or conductor, the railway said. 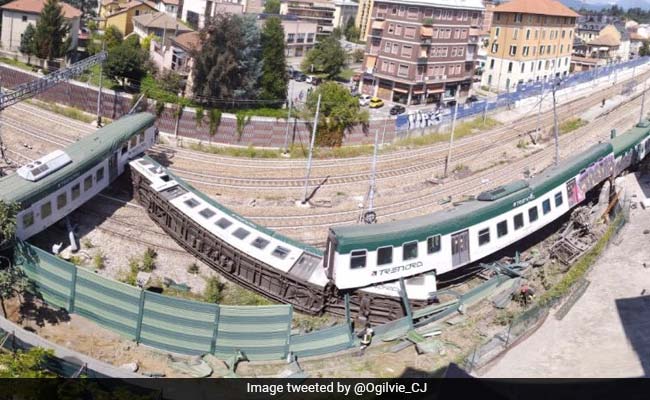 Three people suffered minor injuries in the after the train derailed

Prosecutors on Wednesday launched a probe after a train left a northern Italian station on its own after its driver and conductor stepped off for a break, and later derailed, media reports said.

The train with one passenger on board travelled for about seven kilometres (four miles) north of Milan without either its driver or conductor, the railway said.

Three people, including the passenger, suffered minor injuries in the incident.

Public prosecutors opened a probe into the incident after regional railway Trenord said that "for reasons to be ascertained" the train left Paderno station "without any staff on board".

The safety system then routed the train to a section of unused track at the Carnate-Usmate station, Trenord said in a statement.

Television images showed one carriage leaning on its side and another at a 45 degree angle off the track.

On Guns, Abortion And Voting Rights, Trump Leaves Lasting Mark On US Judiciary