Known for its glittering skyscrapers and luxury villas, the Dubai property market is oversupplied, especially in the residential sector where prices have fallen steadily from a peak in mid-2014. 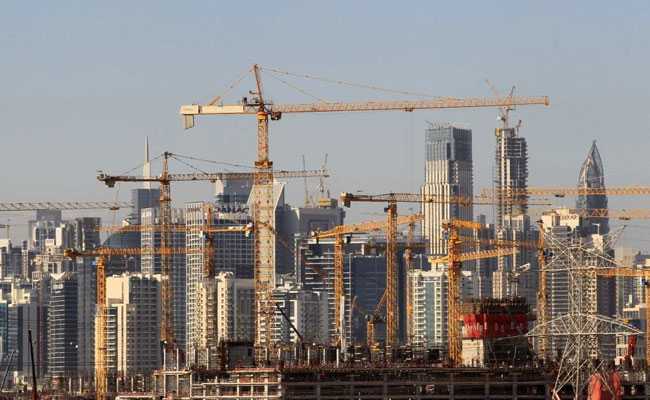 Many towers in Dubai stand half-empty, and some construction sites have been left dormant

Known for its glittering skyscrapers and luxury villas, the Dubai property market is oversupplied, especially in the residential sector where prices have fallen steadily from a peak in mid-2014.

Many towers stand half-empty, and some construction sites have been left dormant.

Al Qabdah culled 10 percent of its roughly 7,400 workforce in June. "We are trying not to reduce our employees but when we complete or deliver a project we let go of some employees if we don't need them in other projects," El Achkar said.

A diplomatic row with former ally Qatar and sanctions against Iran, a major trading partner, have curbed foreign demand for property, while a new value-added tax has dragged on the domestic economy.

A Reuters analysis of data from the Dubai Land Department (DLD) showed a 76 percent jump in the number of delayed developments and sales of villas and flats between 2016 and 2018.

The DLD told Reuters that 865 developers were registered with the department in 2018 but that only one in four had projects currently active.

BNC, which provides news and data on the construction industry, estimates the value of delayed projects at $126.3 billion in 2018, up from $107.6 billion in 2017 and equivalent to about 16 percent of all projects this year.

The DLD declined to give "private data" on struggling projects.

While real estate schemes flounder, road and other core infrastructure projects backed by the government are going ahead as Dubai prepares to host the World Expo 2020 fair, expected to attract 25 million visitors.

Raed Safadi, chief economic adviser at Dubai's department of economic development, told Reuters: "Investments targeted at Expo 2020 and beyond have given a fillip to the construction sector that continues to exhibit healthy growth rates, while at the same time increased supply in the market is putting cyclical pressure on the real estate sector."

Projects are often dogged by stalled payments from developers, long a headache for builders in the region but one that has become worse as banks have become reluctant to extend more credit to the sector.

Krisjanis Krustins, a director in the Middle East and Africa team at Fitch Ratings, said he had "yet to hear a coherent thesis" for how Expo 2020 would sustain economic growth.

Real estate and construction together accounted for 13.3 percent of Dubai's gross domestic product in 2017, according to the Dubai Statistics Center.

Slumping property companies and contractors have helped make Dubai's stock market the worst-performing in the Middle East this year, down about 24 percent.

"The construction sector has traditionally been a key source of growth for the wider economy, so any pressure on the industry would inevitably have an impact on both the rate of headline GDP growth and on other sectors that benefit indirectly from strong construction activity," said Jean-Paul Pigat, head of research at Lighthouse Research in Dubai. 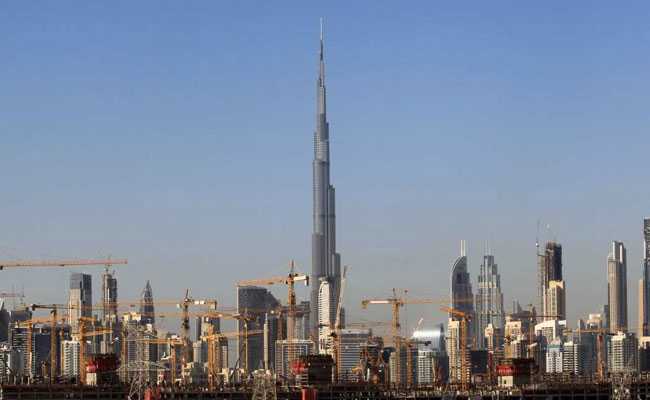 Real estate and construction together accounted for 13.3 percent of Dubai's gross domestic product in 2017, according to the Dubai Statistics Center.

The current situation is not comparable to the crash of a decade ago, which saw property prices fall more than 50 percent between 2008 and 2010 as the global financial crisis unfolded.

But the outlook is grim. After falling 5-10 percent in 2017, real estate prices could decline by 10-15 percent over the next two years, S&P Global Ratings said earlier this year.

"The reduction in the expectation of cost due to the pressure developers are facing and their own business model, means that contractors have to work at numbers that are even below their cost of a few months ago, or a few years ago," Azmy said. "The entire margin of the construction industry now is not enough."

The strain is visible at two of the Middle East's construction giants.

Drake & Scull International (DSI), which has reported losses in eight of the past 10 quarters, has engaged advisers on a restructuring and new business plan.

Its shares are down nearly 84 percent year to date, while rival Arabtec Holding has fallen nearly 15 percent.

Arabtec has hired investment bank Moelis & Co to work on a debt-restructuring plan, little more than a year after it raised 1.5 billion dirhams ($408.4 million) in a rights issue to wipe out accumulated losses.

There was no response to requests for comment from Arabtec or DSI.

The chief financial officer of an engineering consultancy active in Dubai for over a decade told Reuters 2018 had been a difficult year.

"We have had to resort to some layoffs. We laid off 25 percent of 145 employees mid-2018," said the CFO, who spoke on condition of anonymity.

Al Qabdah's El Achkar said the sector's problems had been exacerbated by banks squeezing financing for contractors and suppliers slashing their long-term payment options and asking for payment guarantees.

"We were obliged to inject more cash into our company from personal resources of shareholders to cover this cashflow shortage," he said.

Al Qabdah, which also has projects in the neighbouring emirate of Sharjah, is "luckier than others in the market", El Achkar added.