Gen. Scott Miller, the top U.S. commander in Afghanistan who had been at the meeting with Razeq only moments earlier, was not injured in the attack. 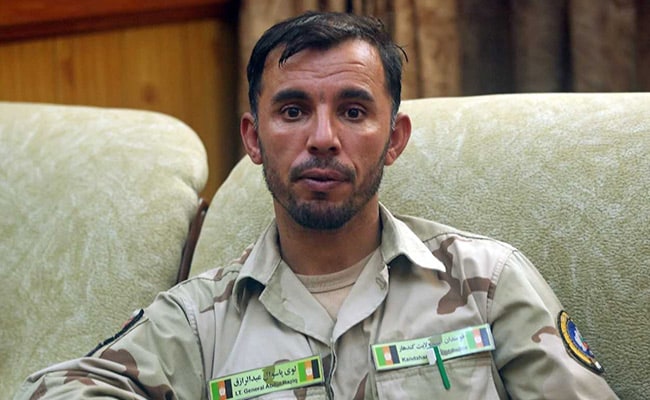 Abdul Razeq, who was killed in attack, is seen at his office in Kandahar province (Reuters)

Gen. Abdul Razeq, one of Afghanistan's most powerful security officials, was killed on Thursday when a bodyguard opened fire following a meeting in the governor's compound in the southern province of Kandahar, officials said.

Gen. Scott Miller, the top U.S. commander in Afghanistan who had been at the meeting with Razeq only moments earlier, was not injured in the attack. But the local commander of the NDS intelligence service and the Kandahar provincial governor Zalmay Wesa were also killed.

The Taliban claimed responsibility for the attack, saying they had targeted both Miller and Razeq, the police chief of Kandahar who had a fearsome reputation as a ruthless opponent of the insurgents in their southern Afghan heartlands.

The attack was a devastating blow to the Afghan government ahead of parliamentary elections on Saturday, which the Taliban have vowed to disrupt.

The attack underlined how precarious the situation remains in Afghanistan even after Taliban and U.S. officials had opened preliminary contacts aimed at establishing the basis for future peace talks.

Officials said Razeq, Miller and the other officials were walking towards a landing zone as the helicopter taking the U.S. general's party back to Kabul approached to land when the gunman, who was waiting outside, opened fire on the group.

"Provincial officials including the governor, the police chief and other officials were accompanying the foreign guests to the aircraft when the gunshots happened," said Said Jan Khakrezwal, the head of the provincial council.

At least two hand grenade explosions and sporadic gunfire from around the compound were also reported by officials.

The three Afghan officials were all severely wounded when the gunman opened fire and two members of Miller's protection detail were also hit in the crossfire but Miller, who took command of U.S. forces in Afghanistan and the NATO-led Resolute Support mission last month was not injured.

Local officials said Miller appeared to have been saved by his body armour but there was no immediate confirmation from NATO headquarters.

"The brutal police chief of Kandahar has been killed along several other officials," a Taliban statement said.

Razeq was criticised by human rights groups but highly respected by U.S. officers who saw him as one of Afghanistan's most effective leaders, largely responsible for keeping Kandahar province under control.

The flamboyant commander, whose men wore badges bearing his name, had survived several attempts on his life over many years and narrowly escaped an attack last year in which five diplomats from the United Arab Emirates were killed in Kandahar.

A cameramen working for Afghanistan's RTA state television was also killed on Thursday, the director of the Afghanistan journalists center, Ahmad Quraishi, said.

(This story has not been edited by NDTV staff and is auto-generated from a syndicated feed.)
Comments
Afganistan