Planes made 30,537 trips between Singapore and the Malaysian capital Kuala Lumpur in the 12 months to February, according to a report. 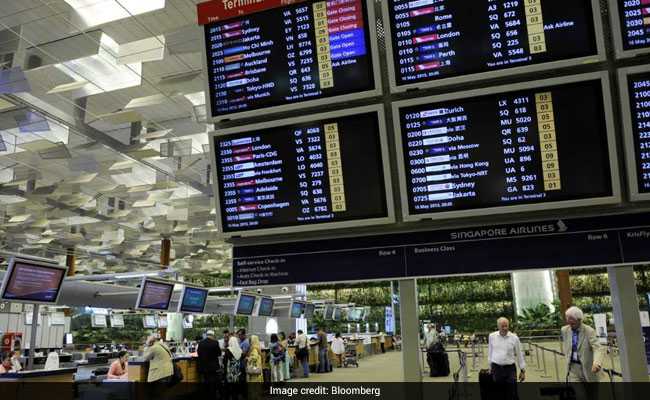 Even the most frantic international routes don't come close to the most popular domestic flights.

A one-hour flight linking one of the smallest countries on the planet with its next-door neighbor is the world's busiest international route.

Planes made 30,537 trips between Singapore and the Malaysian capital Kuala Lumpur in the 12 months to February, according to a report by OAG Aviation Worldwide Ltd. That's the equivalent of 84 flights a day in a city state with a population of just 5.6 million.

In a top-20 list dominated by Asia, the highest-ranking route outside the region ran between New York and Toronto. There were 16,956 flights on that leg. The trip between Dublin and London Heathrow ranked 14th and was the busiest European entry with 14,390 flights. 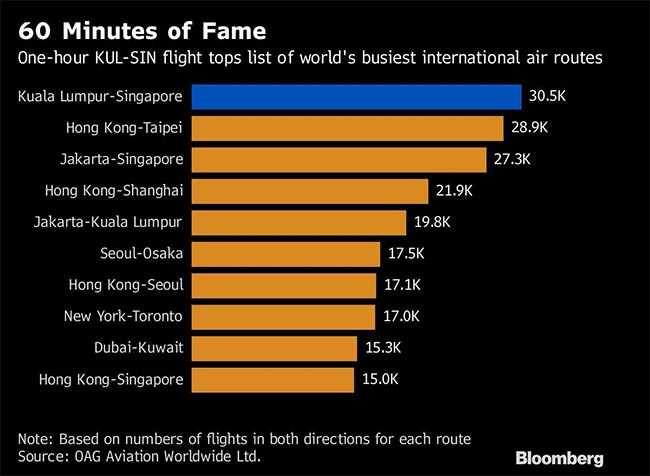 These are some of world's busiest international routes.

In terms of passenger numbers, Hong Kong-Taipei tops the list with 6.5 million people flying that route in the 12-month period, the report showed. That's followed by Jakarta-Singapore with 4.7 million and Kuala Lumpur-Singapore with 4 million.

Promoted
Listen to the latest songs, only on JioSaavn.com
Asia is the world's fastest-growing travel market. But even the most frantic international routes don't come close to the most popular domestic flights. The world's busiest air route, bar none, is between Seoul and a tiny island off the coast of South Korea. Planes made 65,000 trips between the South Korean capital and Jeju island in 2017, according to OAG.