The US and NATO have said the S-400 is incompatible with equipment used by other members of the alliance. 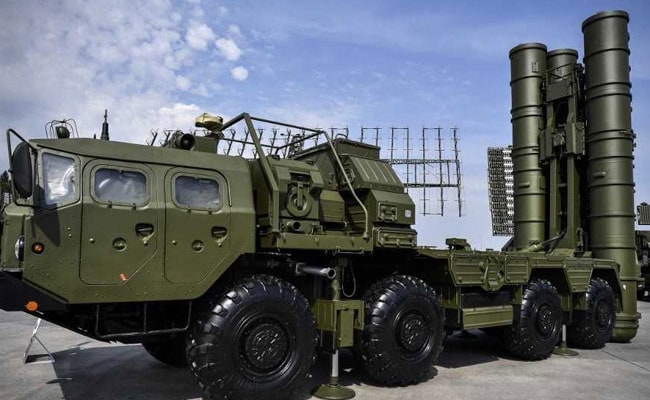 Turkey on Friday received the first deliveries of Russia's S-400 missile defence systems despite Washington threatening the NATO member with sanctions over the controversial deal.

The delivery marks a new high in warming ties between Ankara and Moscow. Here is what you need to know about Russia's most modern anti-aircraft defence system.

The Russian army began using the S-400, designed to intercept and shoot down any threat from the sky, in 2007.

According to its producer, the state-owned Almaz-Antey company, it has a range of 400 kilometres (250 miles) and can be deployed within just five minutes.

It consists of several vehicles: a command centre, various mobile radar stations and up to 12 launch vehicles that each carry four missiles.

Dozens of S-400s have already been deployed throughout Russia, from the country's most western point in the Kaliningrad exclave to its far eastern corners.

Four S-400s are also stationed in Crimea, the Black Sea peninsula annexed by Russia from Ukraine in 2014.

Two have been deployed to Syria, where Moscow intervened militarily on the side of the Damascus regime, to protect Russia's airbase in Hmeimim and the Tartus naval facility.

Who has bought it?

China was the first country to buy the weapon from Russia, ordering several S-400s for an estimated $3 billion. Deliveries began in April 2018 and the first tests took place at the end of June 2019. Few other details of the missile deal were made public.

India bought five S-400 systems for $5.2 billion. Their delivery is due to begin at the end of next year.

Around a dozen other countries -- including Iraq, Qatar and Saudi Arabia -- have shown interest in the S-400, in some cases as a means of putting pressure on the US to lower prices on its weapons systems.

Why is the West concerned?

The S-400 is one of the most modern air defence systems in the world, and comes at a lower price than its US competitor, the Patriot.

Washington has made clear it opposes Turkey purchasing the S-400. It gave Ankara until July 31 to give up the deal, threatening to remove Turkey from its F-35 fighter jet programme.

The US and NATO have said the S-400 is incompatible with equipment used by other members of the alliance.

Moscow has been able to use the S-400 as a political weapon: by selling the system to Turkey, it sows discord between Ankara and its NATO allies, whose ties are already strained.

Russia plans to launch the S-500, the successor of the S-400, in the 2020s. Moscow has said it will be able to reach low orbit and target satellites.

(Except for the headline, this story has not been edited by NDTV staff and is published from a syndicated feed.)
Comments
Russia's S-400 missile defence systemsTurkeymissile defence